Brain gain and waste in Canada: Physicians and nurses by place of birth and training

Chapter in Recent Trends in International Migration of Doctors, Nurses and Medical Students

“This chapter documents changes from 2006 to 2016 in the number of physicians, registered nurses (RNs) and practical nurses (PNs) in Canada. It identifies those working in each occupation as well as those reporting relevant educational credentials but not working in the occupation. The number of practicing physicians and PNs grew at double the rate of the total workforce, whereas practicing RNs only grew at one-third that rate. The high physician growth rate was a result of education and immigration policies intended to address perceptions of increasing physician shortages. In contrast, the low RN and high PN growth rates likely reflect a shift to lower cost PNs with no growth in total nursing relative to the workforce. The growth rate of foreign-born, foreign-trained professionals working in all three professions was larger than the relevant occupation’s average growth rate. Despite this, the percentage of foreign-born, foreign-trained individuals not working in their trained profession also increased for physicians and RNs. The net effect is that the percentage of foreign-born, foreign-trained potential physicians and RNs working in their profession declined. This ‘brain waste’ reflects mismatches between health and immigration policies.”

“We observe that the rate of growth in the number of working physicians and practical nurses has increased much more substantially than total workforce growth, as has the rate of growth of the entire health workforce. In contrast, there has only been a minimal increase in the number of practicing registered nurses. Demand and supply – largely driven by government health expenditures, and immigration and education policy – do not seem to be operating similarly across these professions. For example, on the immigration front both the traditional stand-alone Skilled Worker immigration stream, and especially the recent Express Entry framework, have points systems that prioritise new immigrants with greater years of education and thereby treat these occupations asymmetrically. These issues point to the importance of considering occupation-specific factors when interpreting labour market outcomes.

Before 2006, there was a strong perception of physician shortages in Canada which, in the absence of policy change, were anticipated to become more serious given population aging. Provincial governments took steps to increase enrollment in medical schools and facilitate the transition of internationally educated physicians to practice in Canada. In contrast, the low growth among registered nurses likely reflects a shift to lower cost providers (e.g., practical nurses) among occupations with overlapping scopes of practice.

One of the most striking observations is that the percentage increase in the number of foreign-born, foreign-trained professionals working in each of these three occupations increased faster –much faster in the case of physicians and practical nurses– than both the aggregate rate of labour force growth and the average growth rate of workers in each profession. Furthermore, the percentage increase in foreign-born, foreign-trained individuals reporting a relevant credential but not working in their training profession simultaneously increased appreciably. The net effect is that for both occupations, the percentage working in their trained occupation declined. Despite robust healthcare labour demand overall, excess supply is accumulating; Canada’s immigration system appears to be out of balance. This raises serious questions about ‘brain waste’.

Furthermore, although the numbers are small, more Canadians are studying medicine abroad and then returning to Canada to practice. We do not observe the same trend for either nursing category. This is consistent with there being limited access to training opportunities in Canada for physicians despite excess demand for those opportunities.

Beyond issues of labour demand, one issue hindering these internationally educated health professionals from entering the workforce is the challenge of successfully completing the relevant licensure exams. Moreover, many internationally educated nurses and international medical graduates would maintain that even meeting the requirements that allow them to register to take the required exams (including, for example, specialty certification exams in medicine) is a significant barrier. Of course, the main purpose of these exams is to protect the public’s interest in having high levels of safety and proficiency among health professionals. One approach currently being undertaken to address this problem is to administer relevant licensure exams internationally, so that potential migrants can write them before making a final decision regarding moving to Canada. For example, the Medical Council of Canada has recently begun offering Part 1 of its Qualifying Exam in over 80 countries, and registered nurses similarly offer the NCLEX-RN exam internationally.

This study highlights the contribution that foreign-trained health workers – be they Canadian- or foreign-born – have made to the growth in the number of physicians and nurses (particularly practical nurses) over the last decade. However, it also points to ongoing issues regarding the high (and increasing) percentage of qualified foreign-trained health professionals that are not working in their field of training, particularly for those trained as physicians and registered nurses.” 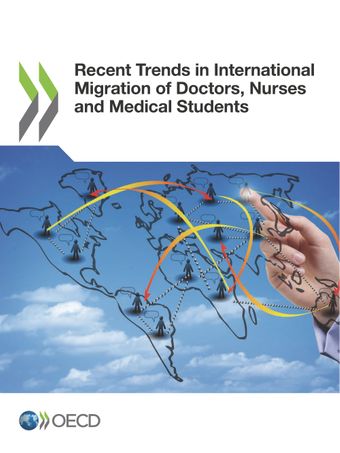 This chapter documents changes from 2006 to 2016 in the number of physicians, registered nurses (RNs) and practical nurses (PNs) in Canada. It identifies those working in each occupation as well as those reporting relevant educational credentials but not working in the occupation.