DiverseCity Counts 2: A Snapshot of Diversity in the Greater Toronto Area with a focus on the media (2010)

DiverseCity Counts measures on an annual basis the number of visible minorities in leadership positions in elected office, the public sector, the corporate sector, agencies, boards, and commissions, the voluntary sector, and the education sector. Last year the research found that 13.5% of the 3,256 leaders examined were visible minorities, compared with 49.5% of the general population in the area under study.

In 2010 the same institutions were examined and it was found that of a total of 3,348 leaders, just 469 (14%) are visible minorities. This represents a subtle if modest improvement.

Here are a few notable differences:

This year, the study also took a special look at the news media that are most consumed by GTA residents. Media organizations are important institutions because they play a role in defining who
is a leader in society and can shape the ambitions of those who wish to be leaders.

The study examined two aspects of the media: who makes decisions at major print and broadcast media organizations serving the GTA, and who gets represented in the news coverage.

As in the corporate sector generally, visible minorities are under-represented on boards and among senior executives of large media corporations. Of the 289 leaders examined, there are 14 or 4.8% visible minorities. In general, broadcast companies in this study had slightly higher levels of representation, likely because they are subject to the federal Employment Equity Act and because tracking diversity is a condition of their CRTC licenses.

However, it is not all bad news. Online media and ethnic media, in particular, are providing new opportunities to broaden representation. The research also found that there are a number of simple and cost-effective ways that media can diversify their news content. These include for example updating stock photography, identifying experts from diverse backgrounds by using databases such as DiverseCity Voices, and recognizing how diversity can strengthen journalism.

The findings from this study reinforce the fact that organizations across sectors have an opportunity to increase diversity in leadership. It also provides insight into simple strategies to advance this goal. 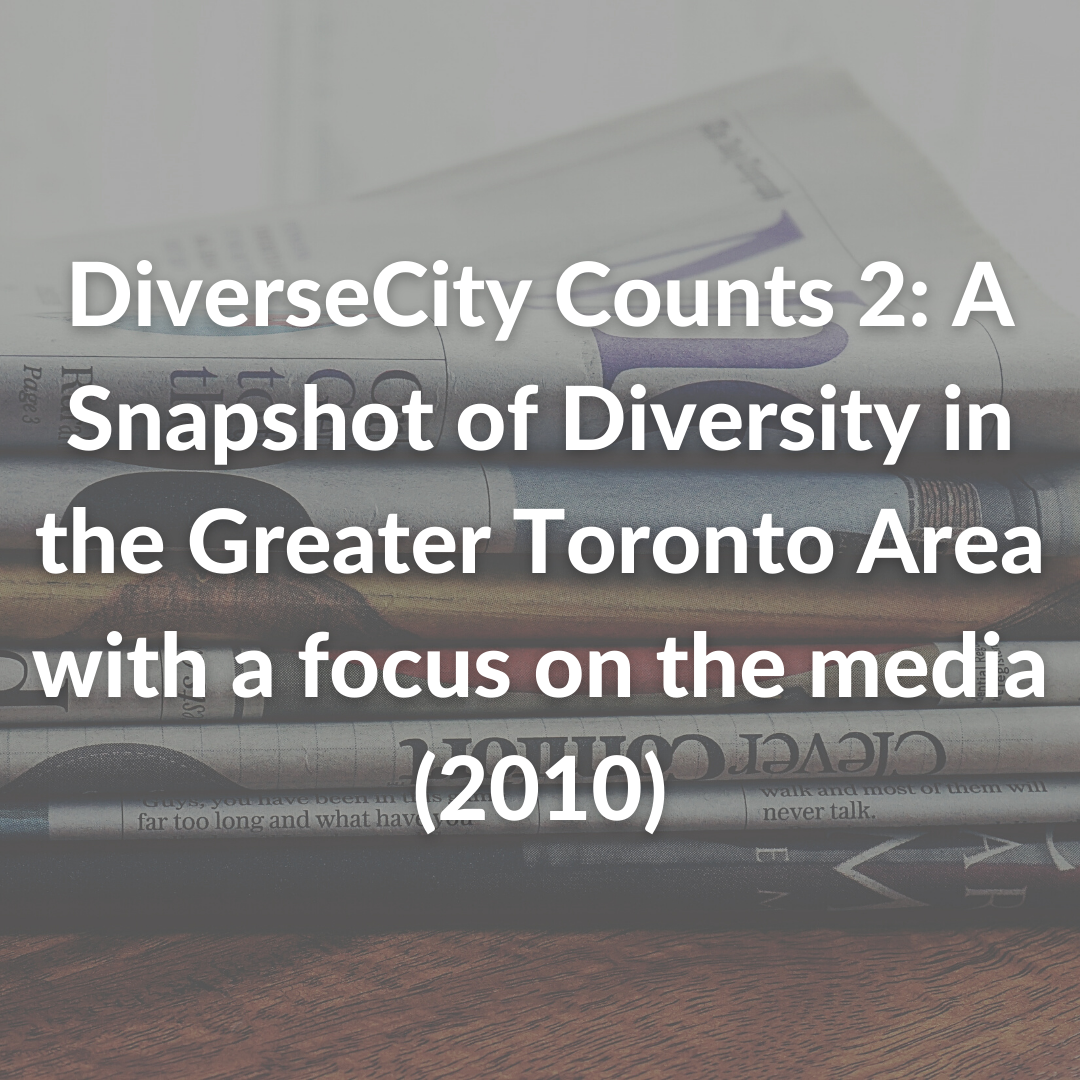 DiverseCity Counts measures on an annual basis the number of visible minorities in leadership positions in elected office, the public sector, the corporate sector, agencies, boards, and commissions, the voluntary sector, and the education sector.