DiverseCity Counts 3: A Snapshot of Diversity in the Greater Toronto Area with a focus on the legal sector (2011)

DiverseCity Counts has measured the number of visible minorities in positions of leadership in the largest and most influential employment sectors in the GTA. The focus has been on six sectors: elected office, the public sector, the corporate sector, the voluntary sector, the education sector, and agencies, boards and commissions (ABCs).

In 2009, the study found that 13.4% of the 3,256 leaders analysed were visible minorities, compared to 49.5% of the population in the area under study. In 2010, the study revealed some subtle but positive changes: in total, 14% of 3,347 leaders examined were members of visible minority groups. In 2011, an analysis of the same institutions revealed that 483 of a total of 3,330 leadership positions, or 14.5%, are held by members of visible minority groups. This represents a gradual, but significant, increase (8%) in the diversity of GTA leaders over the last three years.

Rates of diversity vary between sectors

Here are a few of the findings:

Rates of diversity vary within sectors

This research shows that some sub-sectors have more visible minority leadership than others. For example:

Within sectors, some organizations have significant numbers of visible minorities in leadership, while others have absolutely none. This gap reinforces the need for organizations that distinguish themselves as diversity leaders to share their policies and practices with less proactive organizations.

Legal leaders do not reflect the population they serve

This year, the project introduced an additional sector to the study: the legal sector. The legal system is one of the core institutions in a democracy. To analyse this sector in the GTA, the number of visible minority leaders among judges, legal governing bodies, law school deans and associate/assistant deans, partners in the largest law firms, and Crown and deputy Crown attorneys were counted. 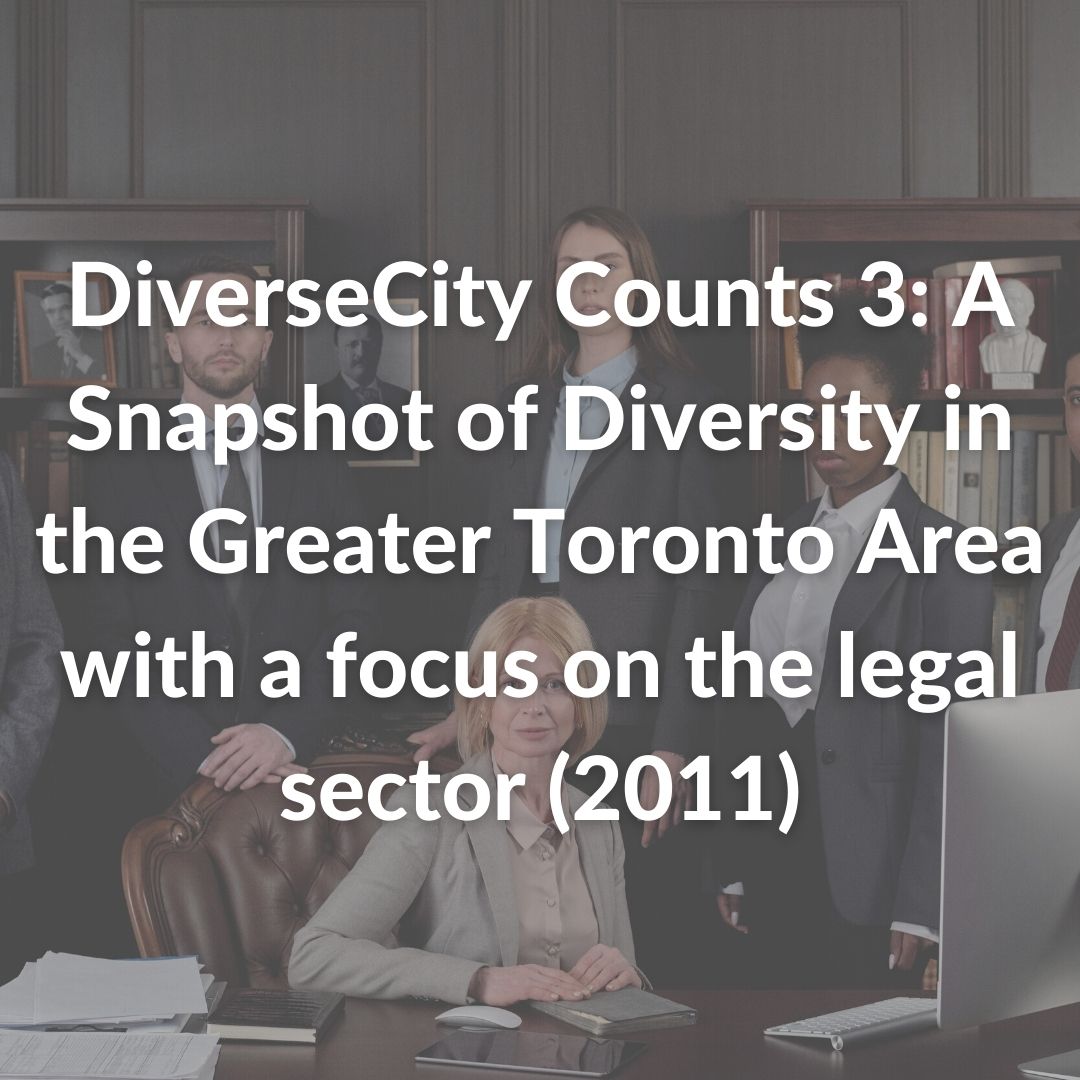 DiverseCity Counts has measured the number of visible minorities in positions of leadership in the largest and most influential employment sectors in the GTA. In 2011 there was a gradual, but significant, increase (8%) in the diversity of GTA leaders over the last three years.