Getting the Work Done : What Government Innovation Really Looks Like (2018)

This research was conducted by inaugural recipients of the New America Public Interest Technology fellowship. The authors' intention is to shine a light on different methods public interest technologists are trying, share common struggles, or and create a gut check for the may people wondering, “Am I the only one feeling/seeing/thinking this way?” Their message for these people: You are not alone. You are part of a wonderful, frustrating, thrilling, hair-pulling moment in time. Whether it seems like it or not, you are doing good work, and you are part of a national cadre of people who are right there with you, whether you know them or not.

The authors suggest that this report will be of interest to a wide range of readers:

It is also of interest to those outside of government. In particular, those funded by government to provide community and social services.

In 2017 and 2018, researchers interviewed problem-solvers working across federal, state, and local government in the United States on improving the state of government services. This movement is small compared to the number of government agencies running business as usual, but it is growing. Innovation teams, digital service teams, technologists, researchers, policymakers, lawyers, funders, and service designers are rethinking how government functions, reshaping how people solve problems, and helping to restore citizens’ faith in governing bodies.

It’s Not About the Technology. The conversation needs to move beyond technology. Technology is “the easy part” compared to improving business processes, and implementing and maintaining technical solutions, we heard.

However, even though practitioners said that technology often wasn’t the most difficult piece of solving a larger problem and wanted to be recognized for bringing more to the table, they also found others in government often downplay the degree of technical complexity many projects entail, to the point that unqualified people get assigned, resulting in technical disaster.

Even though technology often isn’t the solution, and is frequently undervalued or misunderstood, it serves as an entry point to tackling larger problems in government. The reality is that it will only increase in scope, influence, and importance. Ariel Kennan, former director of design and product at the New York City Mayor’s Office for Economic Opportunity notes:

“Competency in technology is essential if you're delivering public services in the twenty-first century. You may not be delivering a service via a website, but you probably have a case management system or data analytics or metrics or something that has something to do with technology. You have to be literate in it at some level.”

The authors found that public technology technologists are interested in shifting the thinking in their city or government agency toward service design and solving process problems. It is essential to expand the innovation workforce. But sourcing this talent should not come from technologists alone. It is everyone's work to become technically literate, aware of and open to the possibilities, as well as pitfalls that technology can bring to service delivery.

The authors provide a snapshot of what this work looks like now, how there is a need for practitioners to recognize that they are a unique sector and require convening and professional development, and as they explore what model innovation teams should follow they are left with more questions than answers in the evolving field.

This report reflects many of the things people often wonder about at work, whisper in corners at conferences, save in browser tabs, or jot in the margins at meetings to think over later: Where are we seeing solutions? Where are we seeing pain points? Who else is doing this? How are they approaching it? How do I find them?

The authors started their work wanting to find tactics, and create a roadmap or playbook to guide others. They quickly realized no one has it all figured out. As a community, public interest technologists are still trying to answer the most basic questions. What do we call ourselves? This work? Is this a field? What do we really mean by innovation? With so much work to be done, where do we start? What’s the best way to hire people? What’s the best way to keep them once they’ve been hired? How do we affect culture change? How do we get the work done? How do we know when we’ve succeeded? How do we know when it’s time to quit?

The immigrant and refugee-serving sector is similarly made up of a growing number of disjointed public interest technologists. The work in this book can help guide you to connect with similar peers in government, across your own sector, as well as across other non-profit sectors. 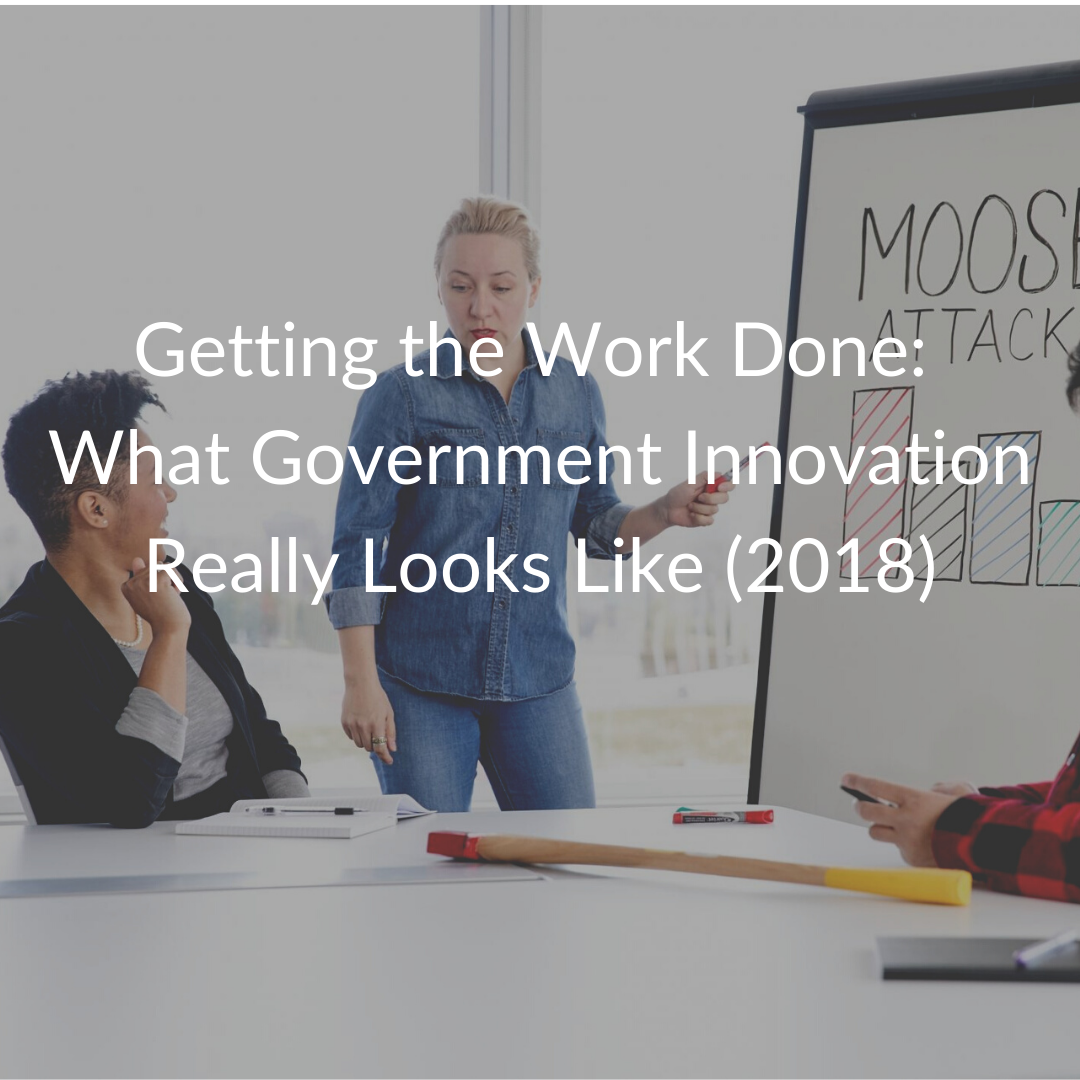 The authors' intention is to shine a light on the emerging field of public interest technologists in government (2018).