This finding is not restricted to the experiences of refugees, it is not a short-term adjustment issue, and it is not based on the self-reports of individuals about the direct experience of human rights violations. Instead, we emphasize the important possibility that the entire national-level climate accompanying human rights violations has a long-term effect even among those not directly exposed, because the context of exit socializes constant vigilance in the face of threat, insecurity, and uncertainty.

Broadly, results are consistent with the concept of stress proliferation (Pearlin, 1989, 1999) and the argument that contexts of exit may lead to more stress before and after migration (Torres & Wallace, 2013; Vega & Rumbaut, 1991). They also add to those of Steel et al. (2009) by showing the effects of human rights violations contexts on the mental health of refugee and non-refugee migrants, and by highlighting the explanatory role of stress before and after migration.

Some potential limitations, however, must be considered in interpreting the results. First, in our analysis, we treated stressors over time additively, but it is also possible that earlier stress may either sensitize or de-sensitize migrants to the effects of later stress. We tested this possibility in analyses not shown, by testing interactions between pre-migration stress and post-migration stress. We found in these analyses that greater exposure to pre-migration stress does not elevate the effect of post-migration stress on distress, with the one exception of acculturative stress. The coefficient for the interaction between pre-migration stress and acculturative stress was positive and statistically significant (1.822, p = 0.001). This interaction, however, changed little the results we report or the mediating role of stressors overall. Second, the list of items used to measure stressful life events that occurred before migration do not capture all traumatic events experienced under situations of severe and systematic human rights violations. A special emphasis in future research should be placed on the effect of human rights violations at both the individual-level and country-level. Third, mental health was measured only at the time of the interview. Obviously, longitudinal data would allow tracking of real-time changes after arrival. Fourth, the effects reported in this study were examined in a sample of English-speaking adults living in Toronto, Canada, which could reduce the generalizability of the findings. These effects, and differences in exposure to stress may be smaller given that non-English speaking migrants were not included in the sample. However, we note that the average percent of residents speaking English as one of their daily languages is 96% in Toronto Census tracts in 2006, and that in 85% of the tracts with a high number of migrants, at least 90% speak English (Census, 2006) Moreover, we note that Canada has a “points system” for entry that weights language skills, and that all primary applicants must pass English tests. This is not true of sponsored spouses and refugees, but we sampled English-speakers in households when a targeted respondent did not speak English. The data are also weighted by migrant status and other socio-demographic variables, meaning that the sample was fairly representative of the population living in the census tracts that were selected for the survey (O’Campo et al., 2015). Relatedly and fifth, migrants in Canada are quite a heterogeneous group and there is of course a risk that not all this heterogeneity has been captured by the controls. 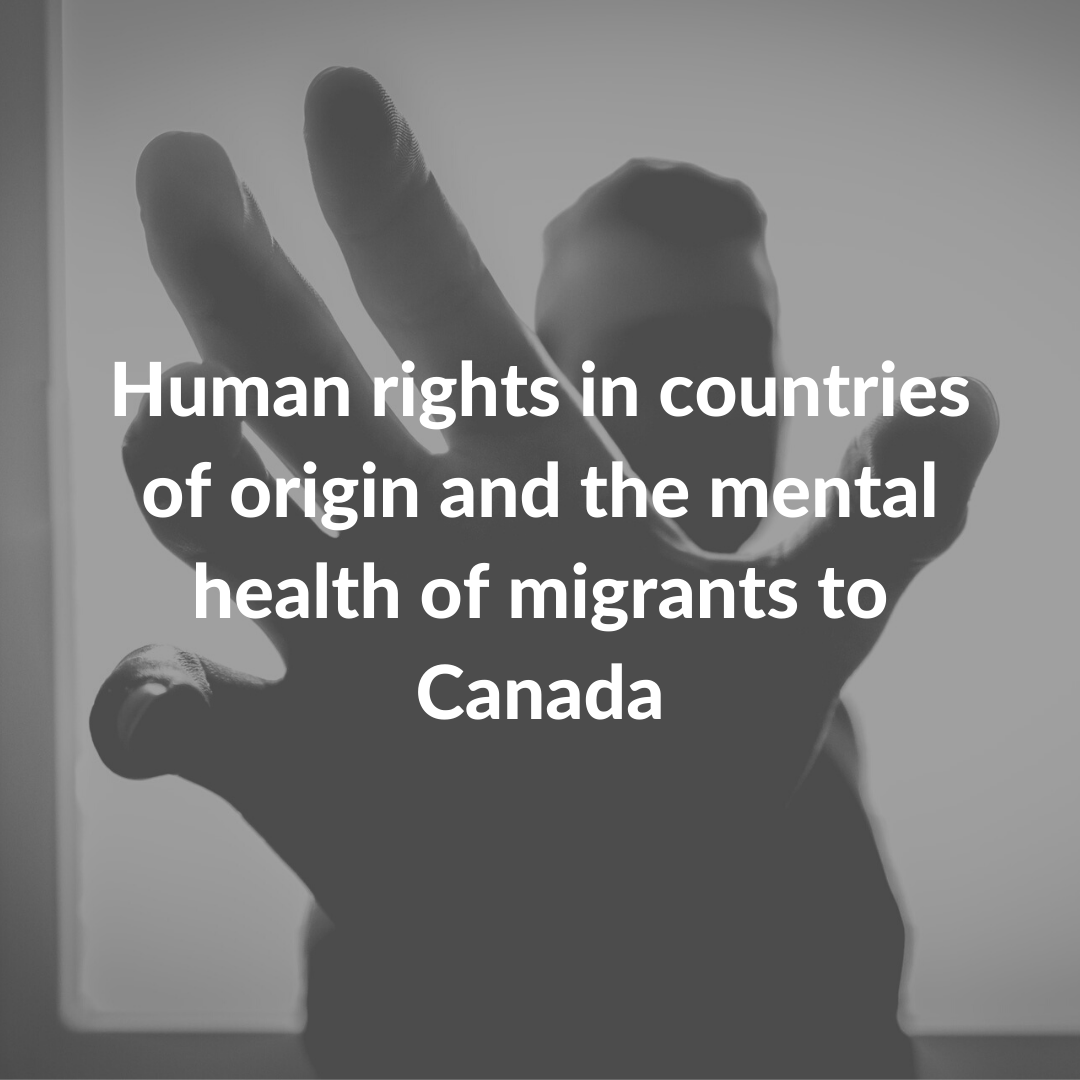