A Canada-U.S. Comparison of the Economic Outcomes of STEM Immigrants (2020)

This report examines the Canada–U.S. differences in the occupational skill utilization and earnings of STEM-educated immigrant workers. Using data from the 2016 Census for Canada and the combined 2015 to 2017 American Community Survey, this analysis focuses on immigrants with a university degree in a STEM field who were aged 25 to 64 and arrived as adults.

Skills in the science, technology, engineering and mathematics (STEM) fields are increasingly regarded as essential to innovation, productivity growth and competitiveness. In both Canada and the United States, immigrants provide a very large share of the STEM-educated labour and hold a large share of STEM jobs. Furthermore, the selection system for economic immigrants, including the STEM educated, varies significantly between Canada and the United States and likely affects the economic outcomes of immigrants. For these reasons, a Canada–U.S. comparison of the outcomes of STEM-educated immigrants is important. In both Canada and the United States, adult immigrants with at least a bachelor’s degree were twice as likely as their native-born counterparts to have studied in a STEM field and three times as likely to have studied engineering or computer science and mathematics.

The data are from Canada’s 2016 Census of Population 25% sample microdata file (Statistics Canada 2017) and the pooled 2015, 2016 and 2017 American Community Survey (ACS) data from the Integrated Public Use Microdata Series (IPUMS) (Ruggles et al. 2017). Three years of ACS data were pooled to increase the sample size of immigrants in the U.S. data. The study samples were restricted to adults aged 25 to 64 with at least a bachelor’s degree in a STEM field. The analyses focused on adult immigrants who immigrated at age 18 or older, although the native-born population and childhood immigrants (those who immigrated at an age younger than 18) were included in the descriptive tables, and the native-born population was used for earnings comparisons. The study excluded new immigrants who arrived in the census or survey year because of the different data collection procedures in the ACS and Canadian census. In the earnings analysis, those who arrived in the year prior to the census or survey year were also excluded because they may not have stayed for a whole year.

In both countries, close to one-half of STEM-educated immigrant workers held jobs in STEM occupations, according to the 2016 Census of Canada and the American Community Survey from 2015 to 2017. With similar demographic characteristics, STEM-educated immigrants with STEM jobs in Canada earned 17% less than their Canadian-born counterparts, while such immigrants in the United States earned slightly more than their US-born counterparts.

Add it to the pile of illuminating research that continues to provide ample evidence about the significant labour market discrimination and disadvantages of newcomer talent to Canada...

Why are the economic outcomes of STEM-educated immigrants better in the United States than in Canada? The authors suggest that little direct research has been conducted on this question, although a number of possible explanations exist, including the following: 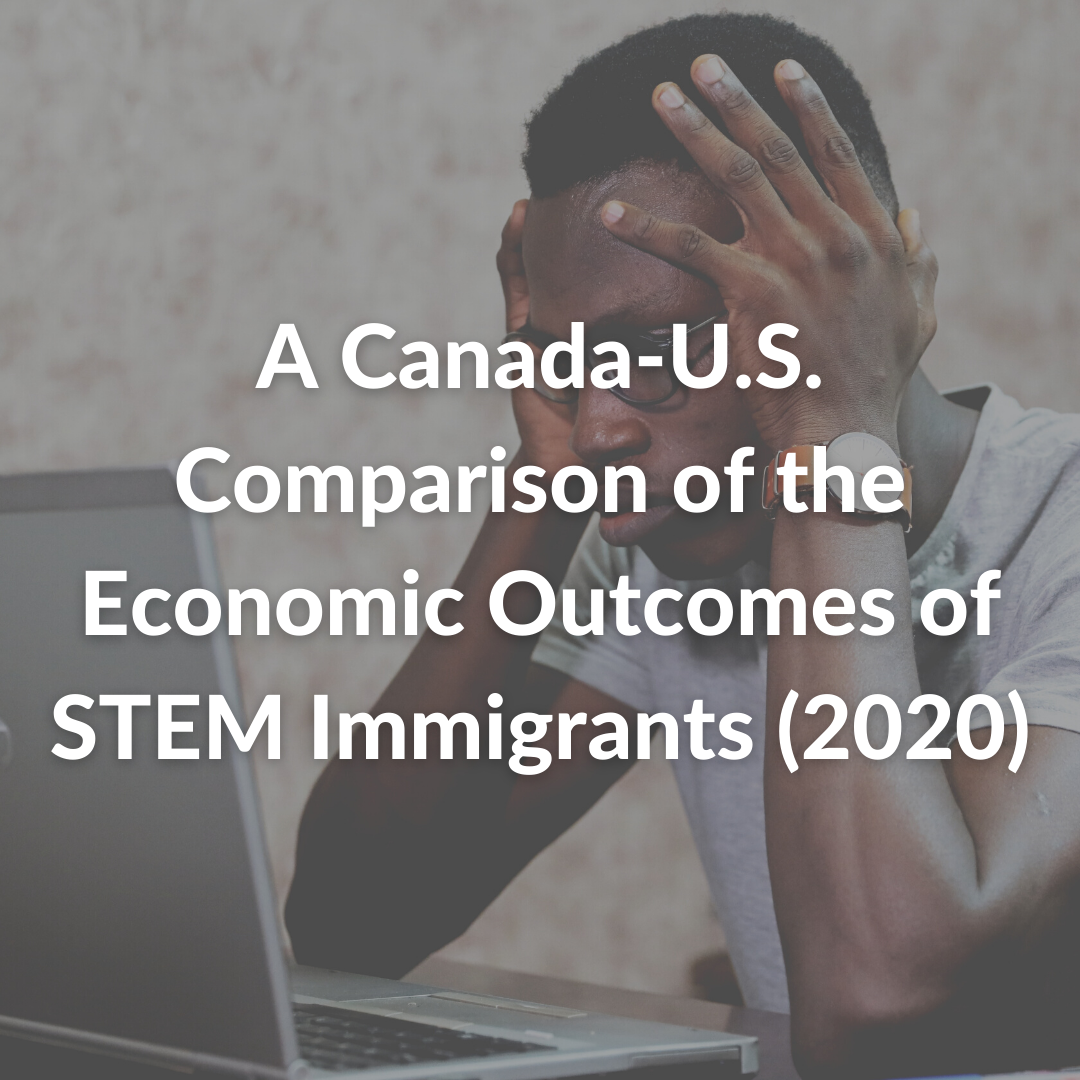 This report examines the Canada–U.S. differences in the occupational skill utilization and earnings of STEM-educated immigrant workers.