The purpose of this paper is to examine the social support networks of recent professional Chinese immigrant women with young children who have settled in London, Ontario. Two major research questions underlie this research:

Two types of social-support networks among Chinese immigrant women were uncovered from the interview data. Religious participation was considered as one of the most important social support
networks noted by respondents in the study. None of the participants reported having any religious affiliation before immigration, but they all reported some level of religious participation after arrival. Significantly, out of the eighteen, five respondents reported they had become members of a Chinese Christian church.

The study also highlighted the impacts of modern communications technologies on the patterns of immigrant settlement and networking behaviour. Access to the internet to look for the information immigrants need in the process of settlement also was perceived as critical by respondents as one way to meet their needs. This finding shows the instrumental role of the Chinese community in helping its members to settle in the new country. The pattern of using modern technologies, rather than accessing social services, may have policy implications for social-service providers in their attempts to design services that meet the needs of immigrant parents.

Apparently, financial resources and lack of language proficiency are the major factors influencing the ways in which immigrant women seek support. Although seeking childcare assistance from relatives in the home country was the preferred strategy among participants in the sample, their income levels did not allow them to meet immigration policy thresholds needed in order to sponsor their parents’ migration to Canada to help them with their childcare requirements. Their lower level of resources also prevented them from utilizing local childcare services or hiring a private caregiver to care for their children.

Four recommendations can be put forward on the basis of this research: 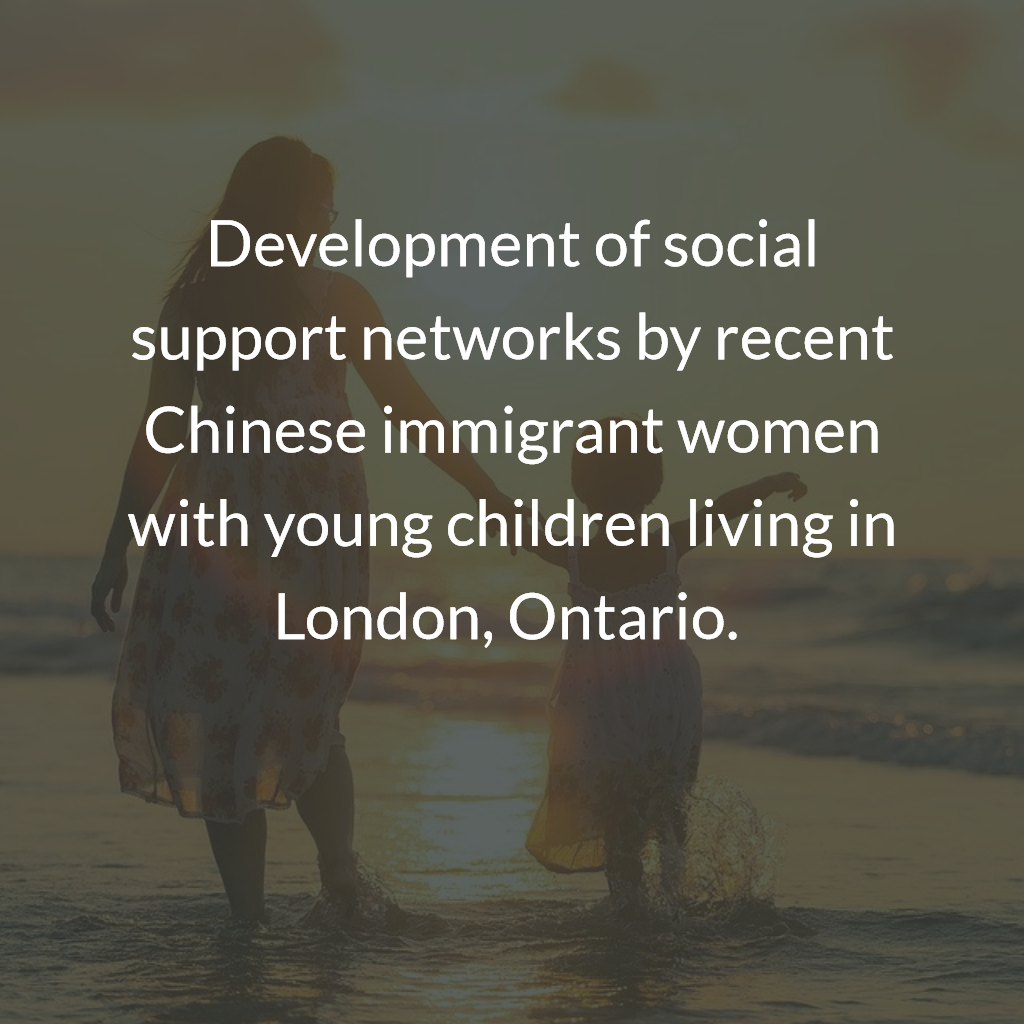 The purpose of this paper is to examine the social support networks of recent professional Chinese immigrant women with young children who have settled in London, Ontario.