Exploring belonging: Experiences of refugee children and families in a Montreal recreational setting (2020)

What the research is about?

This pilot study explores how participation in recreational activities impacts refugee children’s sense of belonging. It documents experiences of children, parents and staff at Camp Cosmos summer camp in Montreal during a six-week program. Camp Cosmos aims to foster a sense of belonging by providing children from diverse social, economic and cultural backgrounds with a safe and fun environment to play, learn and grow.

Objective: This research describes the experiences of campers, parents and staff who were part of Camp Cosmos in the summer of 2018, highlighting their perspectives on the Camp’s strengths and key benefits as well as areas of improvement.

Justification: There is very limited research on the sense of belonging held by refugee children and parents in early childhood educational and recreational settings. Assessments of integration often center on financial independence and access to rights and services. Sustainable integration, however, is much broader than economic participation; long-term integration consists of social, economic, cultural, and political participation in the host country while maintaining a relationship with the country of origin. For refugee children, participation in new educational contexts like Camp Cosmos typically creates a greater sense of belonging, which has been associated with lower depression and higher self-efficacy.

Practical Goal: Study findings can be used to inform research-based models and policy regarding culturally grounded recreational programs. Such programs would work towards developing a sense of belonging among refugee children and families by supporting their integration.

Researchers used qualitative methods to determine how participants see their own stories of belonging. In-depth interviews were used, allowing participants to respond at length to open-ended questions. Participants were selected through ‘purposive’ sampling, where those at Camp Cosmos in summer 2018 were recruited for the study.

Interviews were conducted with 14 campers, 2 staff members, and a counsellor in training as well as a parent focus group discussion with 5 parents. Data collection with children included storytelling and drawings.

The study found that by participating in a recreational setting such as a summer camp, children and their families can: make friends and learn social skills; learn about social norms and Canadian culture; share cultural concepts, learn about resources and support each other; gain a greater sense of belonging and feeling at home in a new city; interact with older children and staff who they identify with and admire; practice new language skills; and learn and grow in a positive, culturally supportive environment.

Campers, parents and staff reported positive experiences and appreciated their time at camp. All campers indicated they would return to camp in the future with some wanting to take on other responsibilities such as group leader and volunteer.

Several campers mentioned that they were introduced to new places and activities in the city that they later shared with their families, such as the use of public transportation. Campers reported that this made Montreal feel like home.

All children reported having made new and supportive friends there that they have maintained after camp, mostly through social media. Many campers reported an improvement in their English and/or French language skills.

Campers and their parents reported positive personality changes after attending the camp. These included improvements in time management, increased positivity and participation, and increased responsibility, organization and respect. Staff played an essential role in the community building at Camp Cosmos. Campers developed trust-based relationships with the counselors and described them as friends, brothers and sisters, or role models.

Overall, results suggest that camp plays an important role in the social integration of newly arrived families in Montreal. 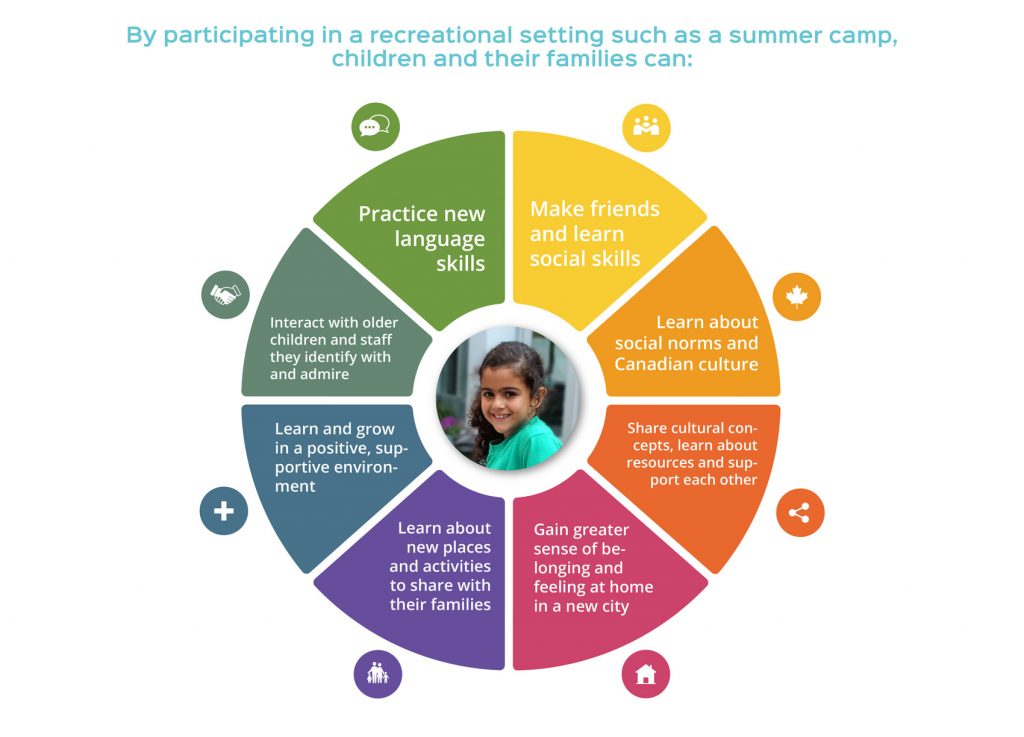 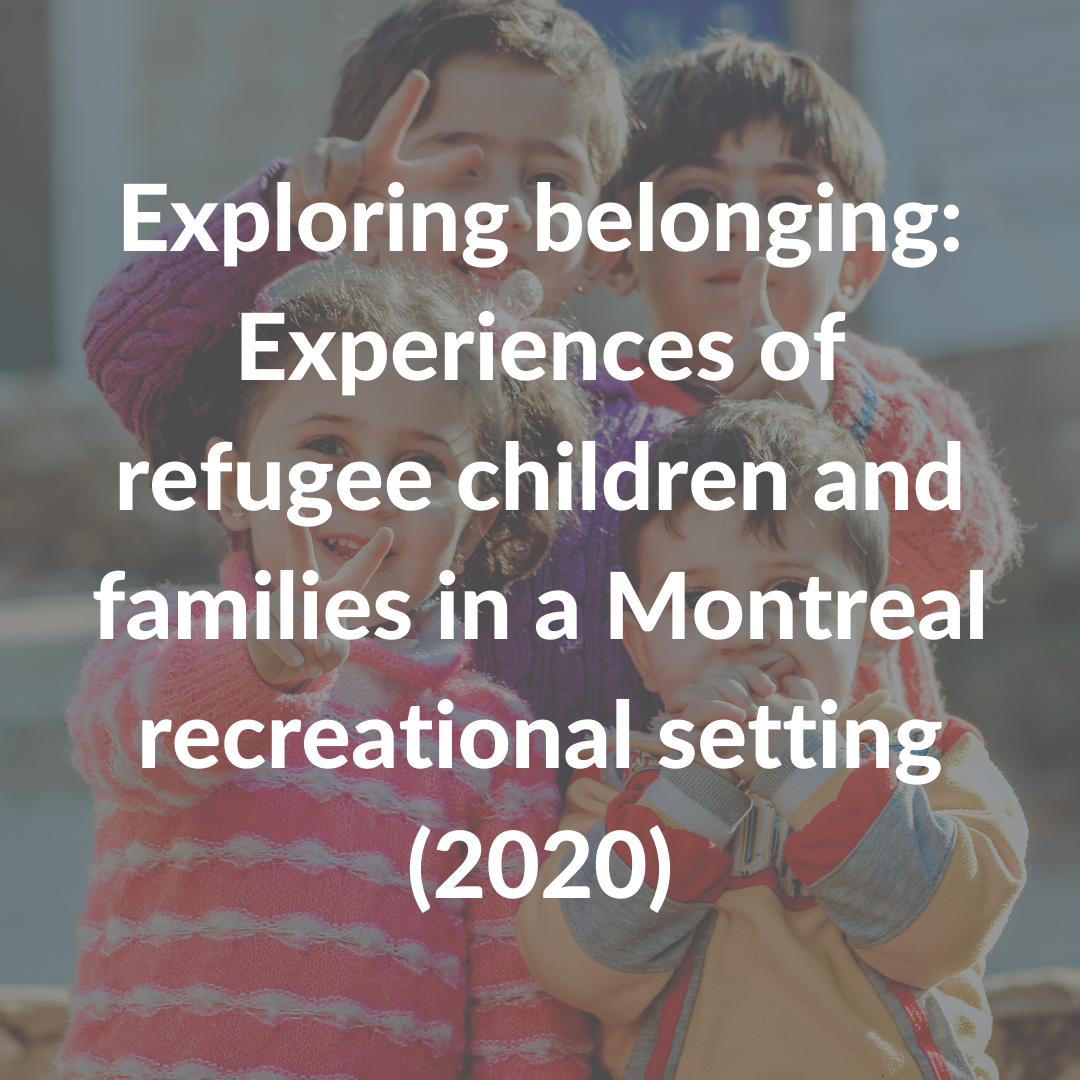 This pilot study explores how participation in recreational activities impacts refugee children’s sense of belonging. It documents experiences of children, parents and staff at Camp Cosmos summer camp in Montreal during a six-week program.