Navigating a new life: Syrian refugees and their smartphones in Vienna (2018)

Networked technologies are a key tool for today’s refugees; not only on the move but also upon arrival in their new surroundings. Where mobile Internet access is affordable and infrastructures are stable, as in Europe’s metropoles, refugees can use smartphones to cope with everyday challenges. This paper presents findings from a qualitative interview study with Syrian refugees who settled in Vienna, Austria.

Even though the interviewees were experienced in using a smartphone, only some were aware that smartphone affordances and services would differ in Europe from those in Syria. Accordingly, the process of appropriating the smartphone evolved gradually as an extension of contexts of use and an accompanied acquisition of digital skills in the local app economies. Over time, the participants discovered ways to include the devices into their everyday life until the smartphones were indispensable, deeply embedded problem-solving tools.

The interviewees could self-reliantly make use of a broad range of apps and YouTube videos, also thanks to the work of other immigrants and engaged native speakers producing the free content. Adapting to technologies of their new location is important for newcomers, in the same way that it is important for settlement workers to adapt to the technologies of their clients.

The study implemented a three-fold methodology, combining face-to-face interviews, WhatsApp chats, and participant research. Results are presented from a localized appropriation notion (the act of making use of local specific media environment when drawing a media technology into one’s life) identifying practices in the contexts of: place-making and geographical orientation; information access and self-help; language learning and translation; and ‘doing family’. Hence, refugees are both emotionally attached to and technically dependent on their devices. The article concludes that smartphones hold an untapped potential for integration processes.

None of the interviewees mentioned having been informed by either the national or municipal government about apps being helpful in everyday life situations. Considering the potential to boost localized appropriation processes and thus finding a way into a host society, this is a sobering finding.

Smartphones became a key tool in several areas of the participants’ lives and helped them in coping with everyday challenges. Researchers asked the interviewees to name their five most important apps. Most often named were Facebook, WhatsApp, qando Wien [Viennese public transport app], Google Maps, and Google Translate. Of all the about 90 different apps and functions mentioned in the data, none had been specifically designed for immigrants or refugees. This is in stark contrast to the heavily mediatized prevalence of apps-for-refugees and apps-for-Syrian-refugees – a Google search in January 2018 pro- vided half-a-million results for both phrases. The researcher categorized the attributes of the apps and the related practices into four themed categories:

This research has relevance for the discovery of technology as a tool for settlement work - "While drawing the technology into their life world, users in fact expand their life world and do things, they did not expect themselves. They see their capabilities in a new and expanded light and are able to do more than they expected." Newcomer social networks are being accessed by newcomers settlement agencies want to reach and serve. Should agencies simply be encouraged to make use of existing apps which clients are using and use them in a way that also meets client needs? It is fairly difficult to try to compete with apps that come pre-installed on a smartphone, or are already perceived as useful in daily life compared with an app that may come from an as of yet untrusted source.

It is essential to understand that newcomer and community information practices before agencies embark on technical development. It also impacts the creation of information and orientation materials, as well as how they are marketed to potential audiences. This is a useful finding and should provide sober information about the idea of the need to create new apps by individual settlement agencies. Are newcomers going to actually download them if they're agency vs city specific?

This study also brings attention to the relevance of localized digital migration practices for social integration, in which ‘settlers struggle to move from the familiar information landscapes of their previous lives towards the new, established landscape that constitutes their new environment.’ The article traces how refugees pushthe limits of using the smartphone, thus, opening up ‘spaces of agency’ in their everyday lives, and seeks to follow a ‘humane viewpoint in which the agency and subjectivity of the refugee is emphasized rather than their inescapable victimhood and despair.'

As the researchers point out:

"The findings of the study have policy implications. The issue of refugees with smart-phones has the potential to be approached more productively by municipalities with a genuine interest in supporting newcomers with the local integration process. Providing a list of freely available apps for the host city’s everyday context would be an efficient, low-cost way to support informal, autonomous learning – and thus accelerate social inclusion (Lloyd et al., 2013). As the findings presented here illustrate, many refugees own personal, permanently connected smartphones and already eagerly search for means to expand their devices’ usefulness. A ‘decreed’ use of smartphones for mobile learning would also facilitate a re-framing of the smartphone from the luxury item that stereotypically renders refugees as undeserving of asylum (Leurs & Ponzanesi, 2018) to a mandatory device for immigrant education in the hands of new arrivals." 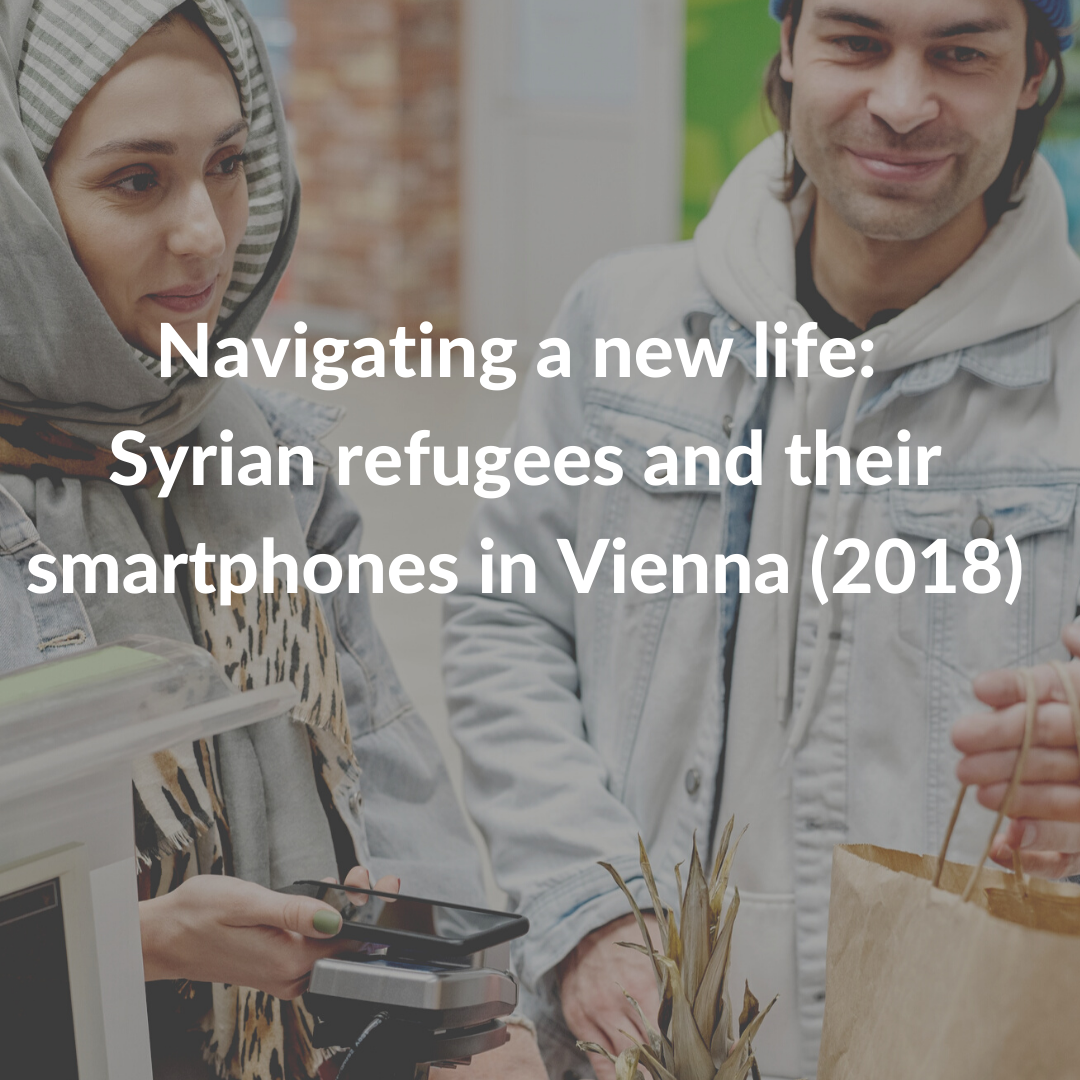 This paper presents findings from a qualitative interview study with Syrian refugees who settled in Vienna, Austria.