Persistent overqualification among immigrants and non-immigrants (2020)

In the study, overqualification is defined as a situation in which university degree holders (bachelor’s degree or higher) hold jobs that require no more than a high school education. Overqualified workers earn lower salaries and have lower life satisfaction compared with workers who hold a position that corresponds to their level of education.

Overqualification among immigrants remains relevant in the context of the COVID-19 pandemic. In terms of job losses, the pandemic has had a greater impact on immigrants, particularly recent immigrants. The latter, who often work in sectors that have been hardest hit by the pandemic (retail, accommodation and food services), are among the subgroups most likely to be overqualified. Immigrants, many of whom are overqualified, are also overrepresented among workers in health service support sectors, which have been particularly exposed to the risk of contracting COVID-19. Lastly, while the COVID-19 pandemic has revealed difficulties in recruiting skilled workers in some key areas, immigrants are overrepresented among adults who have studied health but are not working in the health sector

By integrating data from the 2006 and 2016 censuses, this study adds to and expands this portrait by examining the issue of long-term persistence of overqualification among immigrants and non-immigrants (see the “Data sources, methods and definitions” textbox). The study is limited to those with a bachelor’s degree or higher and defines overqualification as a situation in which individuals with a university degree hold jobs that require no more than a high school education. It differs from previous studies in that it examines persistent overqualification based on many factors that have a significant impact for immigrants (location of study, place of birth, recent admission and age at the time of admission, official language proficiency, and admission category). It also examines the impact of other general factors (age, sex, region of residence, highest level of educational attainment and field of study) related to persistent overqualification, particularly by analyzing whether the impact of these factors differs among immigrants and non-immigrants.

Other than being frustrated with the same old story we've been documenting since the 1980's, the report can be used for ongoing advocacy efforts for labour market inclusion of newcomers.

The authors suggest that "Future work could also focus on dynamics that distinguish immigrants with foreign degrees from each other, based on their region of origin. In particular, the distinctive cases of Southeast Asia, and particularly Southern Asia, should be further explored. The effects of certain additional factors (work experience, competencies, belonging to certain population groups designated as visible minorities, the specific immigration program, having lived in Canada as a student or temporary worker for a certain number of years before obtaining permanent residency) should also be studied. It would also be relevant to directly examine the issue of formal and informal recognition of diplomas obtained abroad, which seems to be an important factor in differentiating certain groups of immigrants, but that a study of overqualification only allows us to examine in approximate terms." 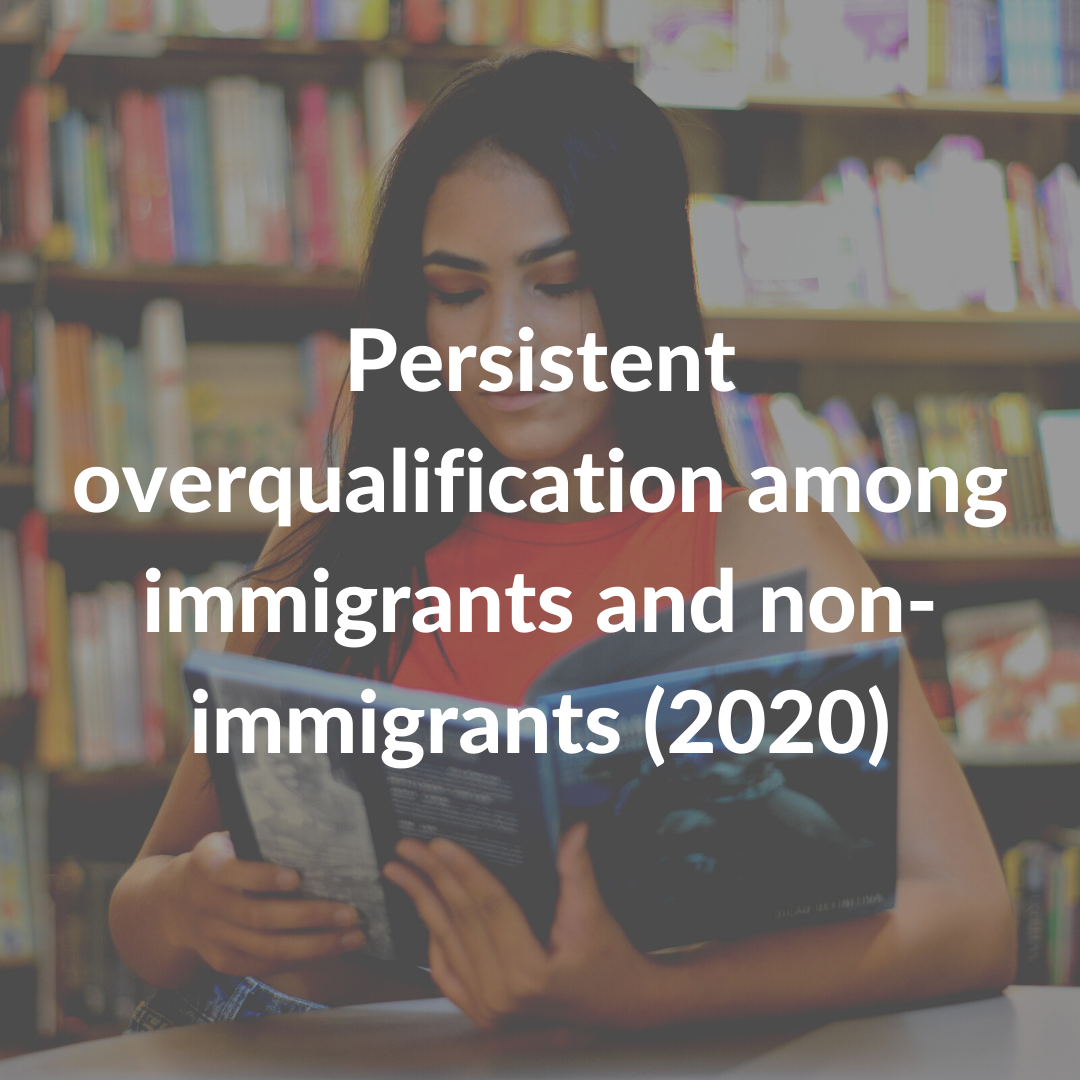 Using integrated data from the 2006 and 2016 censuses, this study examines persistent overqualification over time among immigrants and non-immigrants.