Scholarly attention for migrants’ use of smartphones and social media prior to and during migration has grown in recent years. Social media have become popular channels of communication that make prospective migrants more informed about possibilities to migrate and destinations to settle. Particularly mobile devices such as smartphones are widely used among migrants. The “polymedia” affordances of smartphones go beyond calling and texting.

Smartphones also offer an Internet connection, Global Positioning System (GPS), and a digital camera, featured in various apps. The title of this article refers not only to this popular device but also to what migrants gain from using this: information and communication resources that enable them to develop “smart” strategies. Smartphones provide access to strategic information that is disclosed via social media that can be used prior to migration and also during the migration journey. However, studies also describe obstacles and risks in social media use, related to access and the circulation of misinformation.

The authors' analysis demonstrates that asylum migrants have developed strategies to maintain access to social media, to avoid government surveillance, and to validate social media information. The majority of our respondents expressed doubt about the trustworthiness of certain types of social media information. Information coming from known social ties and information from government authorities and NGOs are trusted the most. Also for asylum migrants, the existing social ties are still the most highly trusted source (cf. Misztal, 1996, 2000).

Information that is publicly available on social media and comes from unknown sources was less trusted and often labeled as “rumors.” This is an interesting finding as closed information networks of known sources might just as well sustain rumors and prevent external validation (Burt, 2001). Future research should focus more extensively on which social ties are considered to be trusted. In traditional migrant networks, these are mostly strong ties of family and friends whom they know in person. For the generation of “digital natives” (cf. Prensky, 2001), online ties in well-known online communities or platforms may have become part of this group of trusted ties. 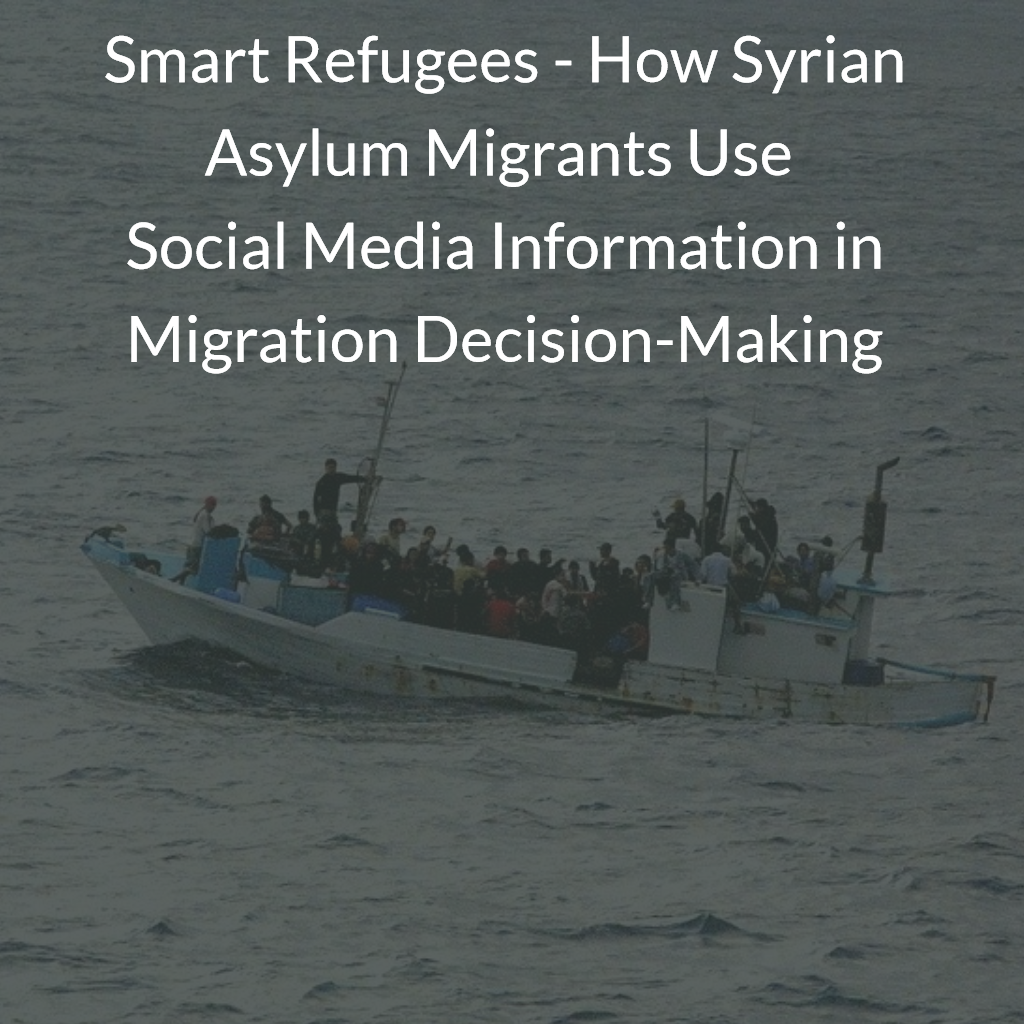 This article discusses social media use by asylum migrants prior to and during migration. This study is based on in-depth  interviews with 54 Syrian asylum migrants who recently obtained refugee status in the Netherlands.