The end of the (Roxham) road: Seeking coherence on Canada’s border-migration compact

An increase in irregular migration has placed strain and scrutiny on Canada’s immigration and refugee system. The controversy boils down to a question: under domestic and international law, who should qualify for asylum and refugee protection? On the one hand, Canada needs to ensure the integrity of our border and migratory regime. On the other hand, Canada must meet its domestic and international obligations.This study proposes reforms necessary for Canada to square these two challenges. The study explains how asylum seekers and immigrants are discouraged from following proper legal procedure to enter the country and how irregular migration has lowered public support for immigration overall.

“A marked increase in irregular border crossers, especially outside of official ports of entry, has put Canada’s immigration and refugee system under scrutiny and fuelled an emotionally charged debate with important policy implications for Ottawa, the provinces, and Canada-US relations: Who should qualify for asylum, or refugee protection, under domestic and international law? Proponents defend migrants’ unequivocal legal entitlement to lodge a claim as a refugee in Canada; critics deem these irregular crossings to be an end-run around Canada’s refugee system by breaking – or at least abusing – the law.

In an immigrant country with a checkered history of immigration policy, to champion the underdog migrant who actually makes it to Canada is par for the course. However, this lenient attitude has effectively turned irregular migration into a back door to Canada: a disproportionate number of refugee claims by irregular migrants turn out to be unfounded yet few rejected claimants ever end up being deported.

On one hand, irregular migration is a function of a complex interplay of domestic, bilateral, and international factors. On the other hand, the Canadian dislike for US President Donald Trump has given rise to a narrative that attributes the surge in irregular migration to the outcome of the 2016 US presidential election. However convenient and appealing, simplistic explanations also tend to be wrong or, as this study explains, at least inchoate. This study lays out the myriad aggravating political factors in the US that predate the Trump administration.

At the same time, Canada has implemented the electronic Travel Authorization (eTA) for visa- exempt nationals, cracked down on human traffickers, used enhanced technology to reduce fake passports, and improved intelligence sharing on at-risk travellers. While these measures have reduced the number of irregular migrants arriving by air and sea, they have made crossing by land from the US much more attractive for those who prefer Canada as a destination. Contrary to claims that most of those who are crossing are taking flight from the Trump regime, about two-thirds of asylum seekers crossing irregularly into Canada by land actually enter the United States legally on a visa for the sole purpose of making their way to Canada. By way of example, Saudi nationals have obtained American visas at the embassy in Riyadh under false pretense, intent on entering Canada to claim asylum.

Between 2016 and 2017 irregular migration into Quebec, primarily from New York state across the now infamous Roxham Road, surged by 230-percent. Although not wholly without precedent, these numbers are nonetheless high by historical standards. Through September 2019, 12,080 irregular migrants had been apprehended by the RCMP out of 46,165 total claims, or 26.2 percent of claims, in 2019. The 2019 numbers are a decline from the RCMP apprehensions of roughly 20,000 irregular migrants in each of the two previous years, although at a rate of 1,200 a month in the fourth quarter, the final tally for 2019 will probably range around 15,700. It appears to be a case of squeezing the snake: total claims from all sources are running close to 6,500 a month in the third quarter of 2019 compared to 4,900 a month during the same quarter in 2018.

How, then, is Canada to confront the phenomenon of global migration in a way that respects the rule of law while preserving the legitimacy of domestic migration regimes?

As challenges to the integrity of border management and policy have compounded over the past 25 years or so, binational and bilateral cooperation between Canada and the United States has expanded incrementally. After all, open borders depend on extensive cross-border cooperation for their effectiveness and legitimacy. This is the premise that informs a sustainable approach to irregular migration across Canada’s land border between ports of entry.

The government is currently exploring extending the Safe Third Country Agreement (STCA) beyond ports of entry to cover the entire land border. This is a better option than unilaterally suspending the STCA, as some commentators have prescribed. Yet, given the disproportionate number of refugee claims at inland offices, extending the STCA to cover the land border is unlikely to solve the migration problem facing Canada.

This study lays out a cooperative strategy with the aim of sustaining a coherent border-migration compact that includes:

The cumulative effect of both regular and back-door immigration risks undermining popular support for migration altogether. Polling data suggest that trend is well underway. These targeted measures are designed to reinforce confidence in Canada’s commitment to managing its borders, the integrity of the refugee migration system, the prospects of the political and economic integration of migrants, and consequences for the country’s prosperity as a whole.” 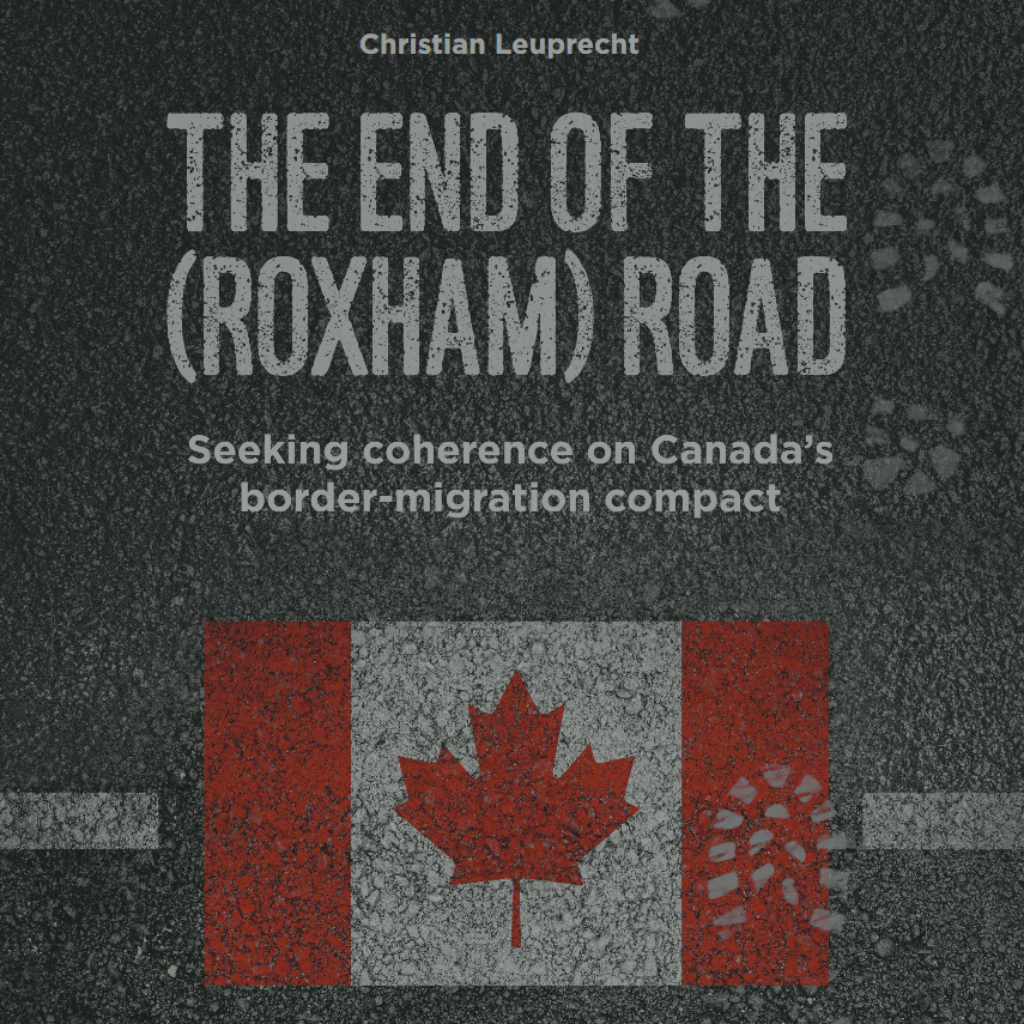 This study proposes a cooperative strategy with the aim of sustaining a coherent border-migration compact between Canada and the United States.