The State of Migrant Farm Workers in Canada - Special Report: Marking three decades of advocacy on behalf of Canada’s most exploited workforce (2020)

This report suggests that fair treatment of Canada’s agricultural workers requires several urgent and significant reforms at both the federal and provincial levels. However, as United Food and Commercial Workers Union (UFCW) Canada has asserted on multiple submissions to the federal government, Canada does not need a robust temporary foreign worker program. Canada desperately needs a more inclusive, protective, and healthy immigration system. In addition, UFCW has pointed out that an expanded Temporary Foreign Workers Program (TFWP) should not be viewed as the solution to labour challenges facing Canada’s agri-food system. A broader labour strategy is needed for this crucial sector.

In the mid-1960s, in an attempt to meet the seasonal labour needs of Canadian agricultural producers, the federal government created the Seasonal Agricultural Workers Program (SAWP), turning to the Caribbean for a temporary stream of foreign workers.The SAWP now falls within the primary agricultural stream of the Temporary Foreign Workers (TFW) program administered by Employment and Services Development Canada (ESDC).

Initially, this was intended to be a last resort and only a temporary solution; however, over 50 years later, this has become a central part of Canada’s primary agricultural industry.Seasonal work by migrant workers now accounts for half of Canada’s paid agricultural workforce. The workers arrive from Mexico or one of the other 11 participating Caribbean countries.Canada has seen a continuous expansion of the migrant and temporary foreign workforce incorporate agriculture under federal programs that deliver migrant workers to employers, and then essentially abandon them to fend for themselves. In 2012 the ESDC issued 39,700 permits for migrant farmworkers. In 2019 that number had risen to 72,000.

In June 2019, the federal government’s response to this was the introduction of the open work permit for vulnerable workers’ program. This program grants an open work permit of one year to migrant workers under the SAWP and TFWP who have experienced or are experiencing any type of abuse, such as physical, psychological, sexual, or financial. However, as these permits are only temporary, they do not address the long-term need of workers for protection and fair labour.

The authors suggest that meaningful reform is necessary. Not only do Temporary Foreign Workers experience higher rates of wage theft and workplace abuse, but they are also dependent on the moods of their employers to be able to stay in Canada. 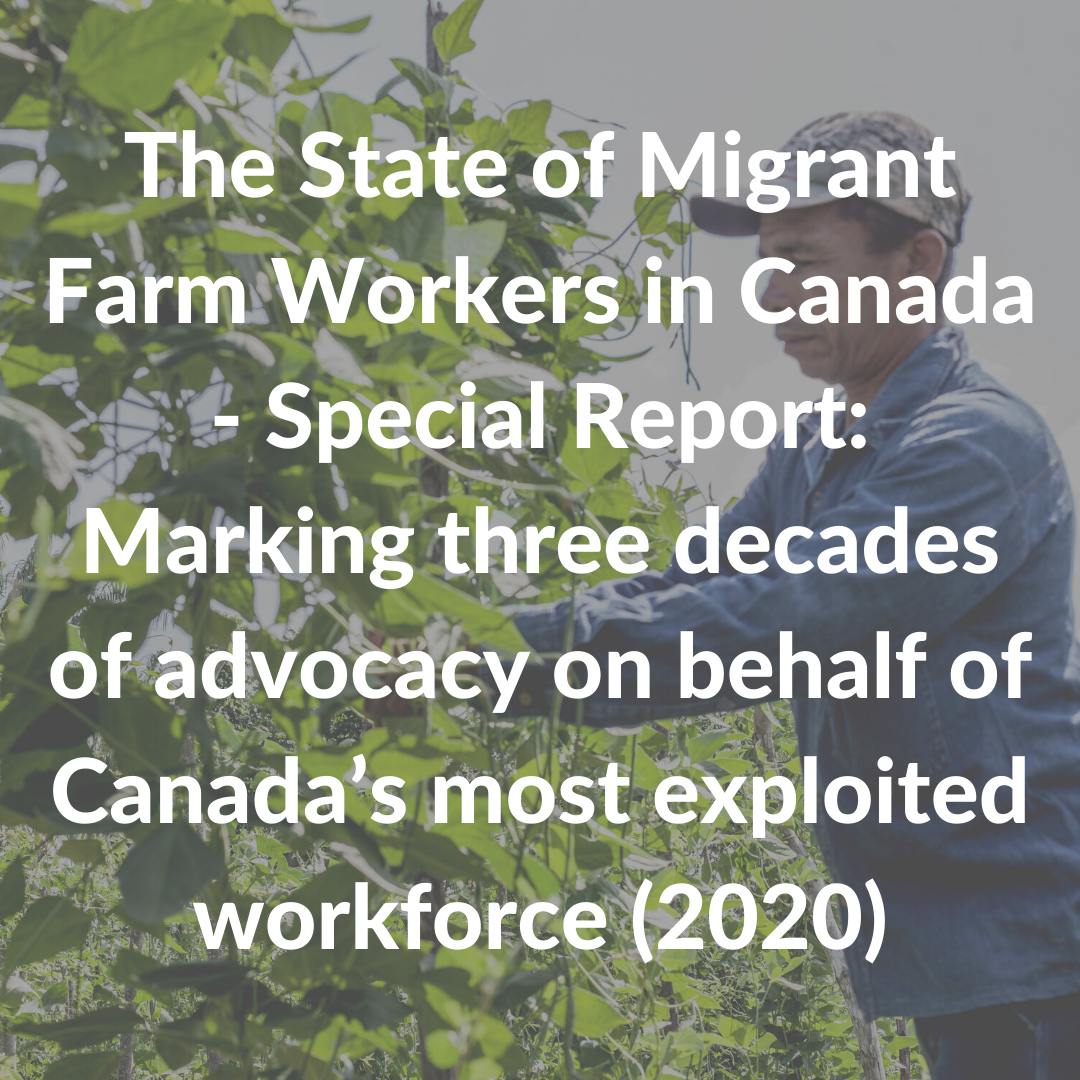 This report suggests that fair treatment of Canada’s agricultural workers requires several urgent and significant reforms at both the federal and provincial levels.