This study found that recent immigrants were more likely than Canadian-born workers to move out of employment in March and April mainly because of their shorter job tenure and over-representation in lower-wage jobs.

During the widespread lockdown of economic activities in March and April 2020, the Canadian labour market lost 3 million jobs. From May to July, as many businesses gradually resumed their operations, 1.7 million jobs were recovered. While studies in the United States and Europe suggest that immigrants are often more severely affected by economic downturns than the native born (Borjas and Cassidy 2020; Botric 2018), little is known about whether immigrants and the Canadian born fared differently in the employment disruption induced by the COVID-19 pandemic and, if so, how such differences are related to their socio-demographic and job characteristics.

This paper fills this gap by comparing immigrants and the Canadian-born population in their transitions out of employment in the months of heavy contraction and into employment during the months of partial recovery. The analysis is based on individual-level monthly panel data from the Labour Force Survey and focuses on the population aged 20 to 64. Immigrants are grouped into recent immigrants who landed in Canada within 10 years or less, and long-term immigrants who landed in Canada more than 10 years earlier.

Female recent immigrants experienced the largest increase in the rate of transition to non-employment during the contraction. Almost 20% of those employed in March were not employed in April, 7 percentage points higher than among Canadian-born women.

The higher share of recent immigrant men with shorter tenured jobs accounted for 30% of their 3 percentage-point gap with Canadian-born men in March, while their higher shareholding lower-wage jobs and living in the three largest metropolitan areas each accounted for another 15% of the gap. 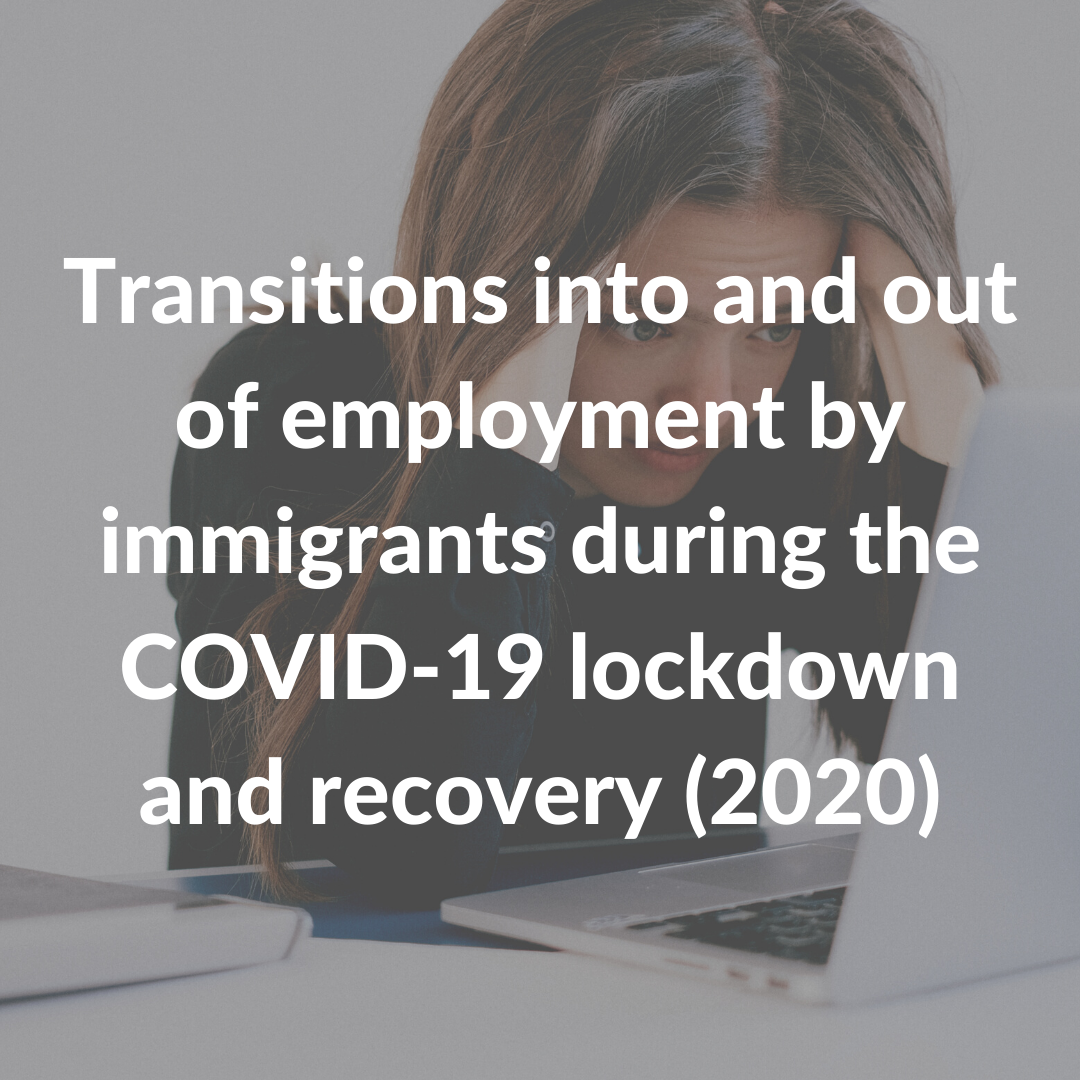 This study found that recent immigrants were more likely than Canadian-born workers to move out of employment in March and April mainly because of their shorter job tenure and over-representation in lower-wage jobs.