This study focuses on the economic immigrants who were selected under Canada's Express Entry system in 2015 and 2016. It compares the degree to which Canadian work experience before immigration and pre-arranged employment at the time of application predict the initial labour market outcomes of these economic immigrants.

The two-step immigration selection process—the selection of economic immigrants from among temporary foreign workers—has been expanding since the 2000s. From 2000 to 2018, the share with pre-immigration Canadian earnings among economic principal applicants increased from 12% to 59%. Thus, the majority of recent economic immigrant principal applicants were selected from former foreign residents who had worked in Canada (Hou, Crossman and Picot 2020a). This is a significant development. Immigrants who had Canadian skilled work experience before obtaining permanent residency tend to have higher initial employment rates and earnings than immigrants who are admitted directly from abroad (Hou and Bonikowska 2018; Hou and Picot 2016).

A key feature of two-step selection is the important role played by employers. In the first step, it is mostly employers who make the decisions on the hiring and retaining of temporary foreign workers. In the US employer-selection system, employers further sponsor temporary foreign workers for the application of permanent residency. In comparison, in Canada’s points-based system, it is generally the government that sets up rules and criteria to determine how many and which temporary foreign workers can transition to permanent residency. However, Canada, as well as other countries with a points-based system, including Australia, New Zealand, and the United Kingdom, have incorporated the input of employers by awarding points for job offers (Papademetriou and Hooper 2019; Hiebert 2019). Indeed, depending on the importance assigned to job offers, employers can play a decisive role in the selection of economic immigrants. When Canada’s Express Entry (EE) system was first introduced, a job offer essentially guaranteed an applicant’s success in applying for permanent residency. Two years after implementation, the points awarded for a job offer were dramatically reduced. However, a job offer is compulsory in some Provincial Nominee Programs (Papademetriou and Hooper 2019).

It is not surprising that pre-immigration Canada earnings are a strong predictor of post‑immigration earnings because past performance tends to be strongly associated with future performance. Such an association does not negate its potential relevance for the selection of economic immigrants. After all, the main purpose of the selection process is to identify which applicants are most likely to do well in the labour market. A high level of pre-immigration Canadian earnings is a very useful identifier if a selection goal is to choose prospective immigrants with the best earnings potentials. 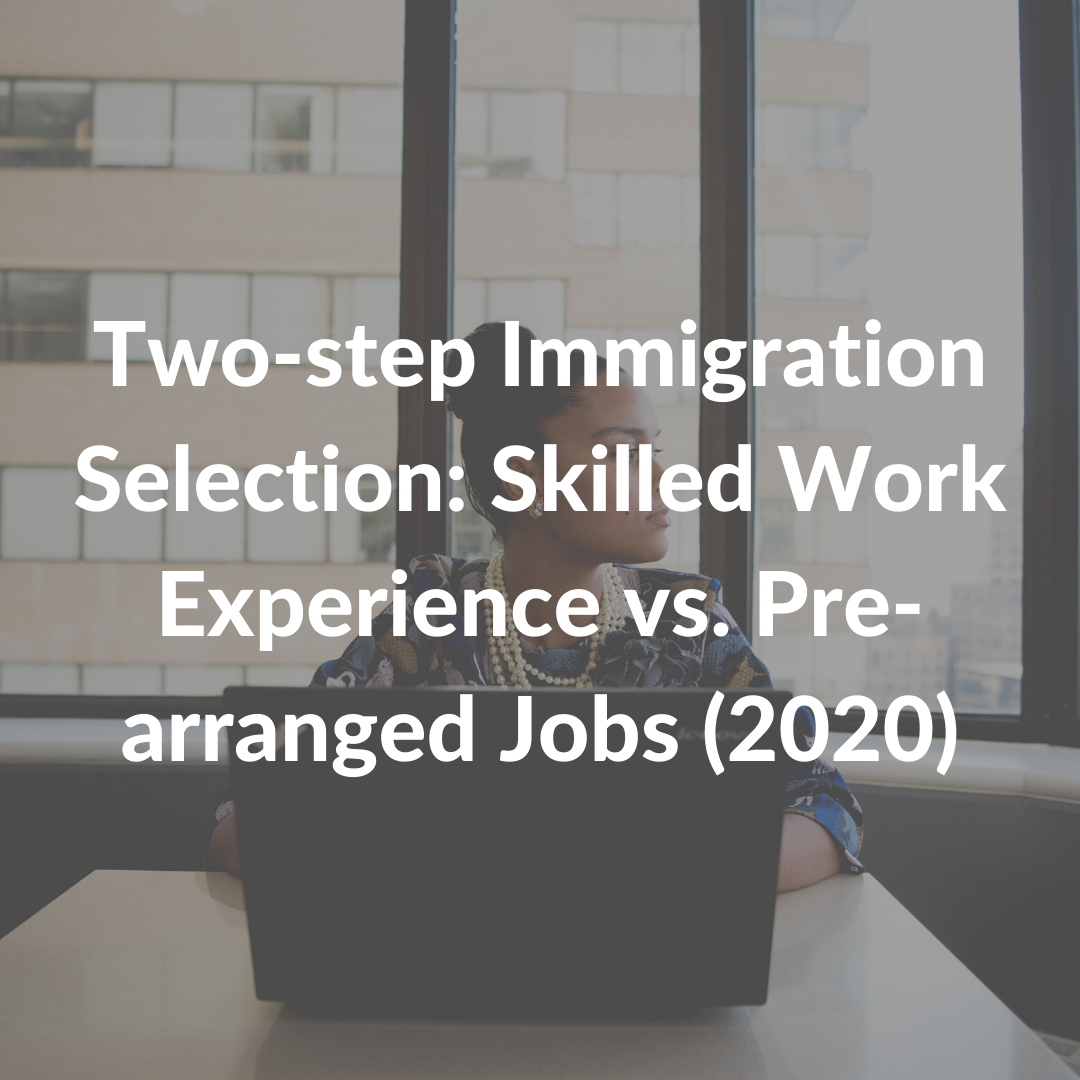 This study focuses on the economic immigrants who were selected under Canada's Express Entry system in 2015 and 2016. It compares the degree to which Canadian work experience before immigration and pre-arranged employment at the time of application predict the initial labour market outcomes of these economic immigrants.