This article examines the role of two-step selection in explaining differences in the short-term and medium-term outcomes of economic immigrants in four major admission programs: FSWP, PNP, QSWP, and CEC. These programs are devised to meet various national, regional and sectoral economic needs. The labour market outcomes of economic immigrants in these admission programs are of policy interest because they are often used as indicators of a program’s success. More importantly, the knowledge of which factors underlie the success of one program can help inform the improvement of other programs.

This is the fourth article of a series that provides a broad overview of the increasing importance of temporary foreign workers in the selection and labour market outcomes of immigrants. The first article provides an overview of the international and Canadian literature on the advantages and potential risks of two-step immigration selection (Crossman, Hou and Picot 2020). The second article documents the recent expansion of two-step immigration selection in Canada (Hou, Crossman and Picot 2020a). The third article examines whether the expansion of two-step selection accounts for most of the recent improvement in immigrants’ employment rates and entry earnings (Hou, Crossman and Picot 2020b). This article starts with a review of previous studies on immigrant economic outcomes by admission program. It further provides an updated analysis of how the level of two-step selection affects the labour market outcomes by admission class of economic immigrants.

Over the 2009 to 2016 period, economic principal applicants selected through both the PNP and CEC programs had higher levels of entry (in the first full year) earnings and higher entry employment incidences than their counterparts selected via the FSWP. Much of this difference (between 43% and 100%) was due to a higher proportion of PNP and CEC immigrants having medium or high levels of pre-immigration Canadian earnings. 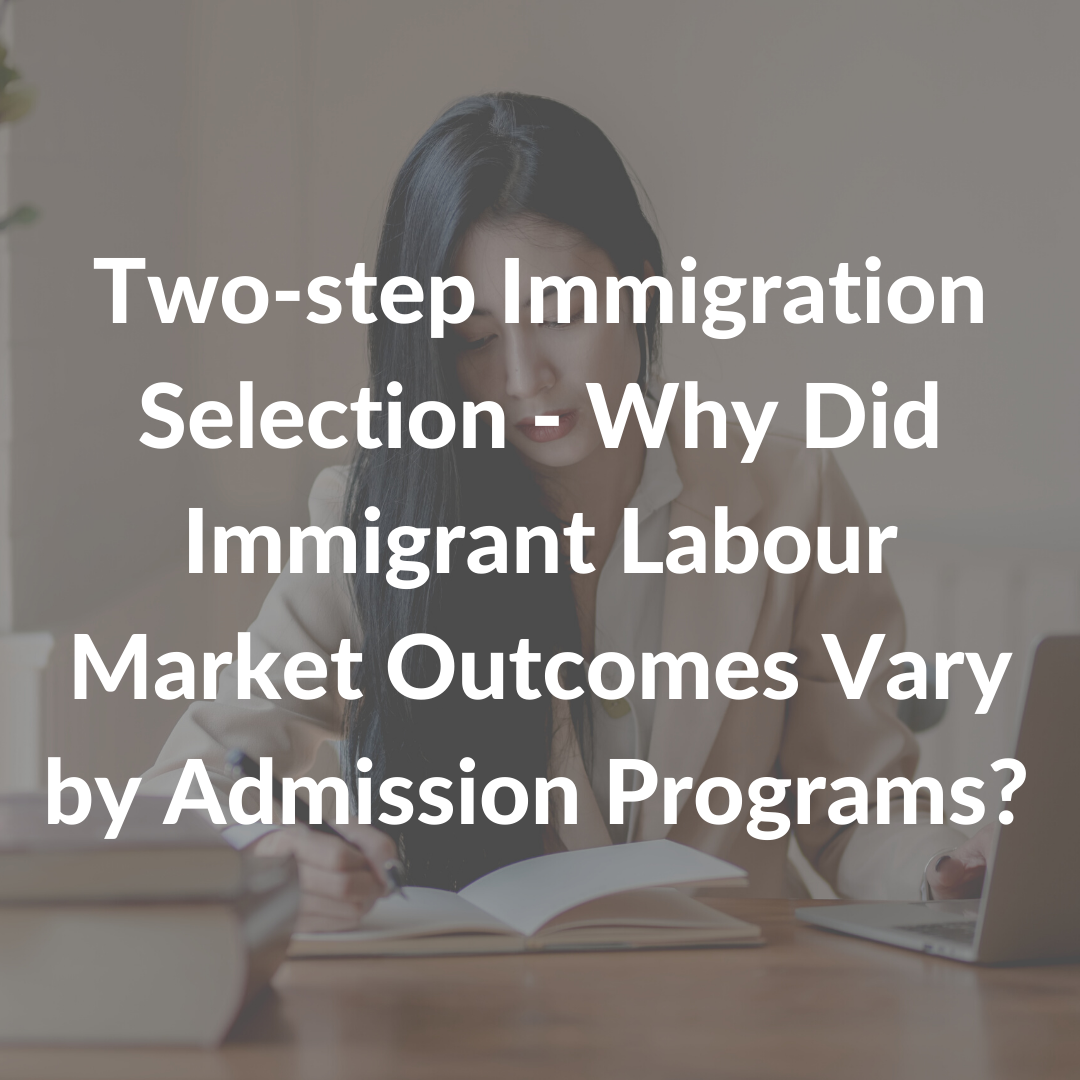 This article examines the role of two-step selection in explaining differences in the short-term and medium-term outcomes of economic immigrants in four major admission programs: FSWP, PNP, QSWP, and CEC.