While research on integration and immigration in Canada is rich, we know surprisingly little about the settlement experiences of immigrants, such as their use and satisfaction with settlement services and how these services may influence integration into educational institutions, the labour market and the wider society have not been explored. There are good reasons for confronting the results of these five surveys. If trends in one survey can be verified in one or more of the other surveys, then policy makers can be more certain about where they spend their funds and settlement agencies can respond better to the needs of the newly arrived population.

For the Western Canada Settlement Survey, potential survey respondents were contacted through information obtained from a Citizenship and Immigration Canada data file of all newcomer landings between January 1, 2008 and December 31, 2012. Participants were 18 years of age or older and indicated plans to reside in one of the four western provinces or territories at the time of landing. From that data file random samples were contacted from each province and territory.

The survey was conducted over the telephone between April and May 2013. A total of 3,006 immigrants were surveyed and 29 cases had to be excluded because of missing data or having been in Canada longer than then years. The total sample includes 2,977 immigrants, 18 years of age and over, who had been living in one of the four western provinces and territories for between 3 and 60 months, had become permanent residents of Canada within the past five years, and had lived in Canada for a maximum of ten years.

Among a variety of other service use information researchers found that the majority of immigrants do not access services from an organization in their Province. Only one-third of respondents report using settlement services in the Western Canada Settlement Survey, while nearly half (47.1%) of immigrants in the Alberta Settlement Survey utilized services. While initially alarming, such results have been found in other studies (Lo, et al., 2010) and may, in fact, reflect actual settlement service usage.

Comparing across entrance classes, more variation is evident. Refugees (59.3%) are the most likely group to access services, followed by dependent business class immigrants (50%). Principal applicants in the Canadian Experience Class (CEC) are the least likely to access services, with only 12.5% having used services. Similar distributions across entrance class were found in the Alberta Settlement Survey, with some variation since more immigrants report using services in the study. Refugees (73.6%) are most likely to access services and dependent Provincial Nominees (34.4%) are least likely.

Immigrants in the Western Canada Settlement Survey who used services began to do so, on average, 4.2 months after arriving to the Province. On average, immigrants responding to the Alberta Settlement Survey began accessing services at least 6 months after arriving to Alberta. Researchers found this to be a surprisingly long period of time between arrival and access to settlement services.

Over half of immigrants (52.8%) feel that the services or programs they have accessed have been very to extremely helpful in getting settled. So, if immigrants are not using settlement services from an organization in large numbers, then where are they getting their information on settling? Do they know how to get services? Fortunately, immigrants seem to know how to get the services they require to settle. In the Pan Canadian Settlement Survey, 64.8% of newcomers agree or strongly agree that they know how to get services while 14.3% do not know how to obtain services. They are also seeking information, but seem to be going to less institutionalized sources or finding information through their own searches. Many immigrants in the Western Canada Settlement Survey (57.3%) get their information from their family and friends or through online sources such as government websites (52.5%) or other websites, blogs, or discussions (29%). Immigrant-serving agencies are the fourth most commonly reported source of information on settling (27.9%). See Table 6 for the top five most reported sources of settlement information.

There has always been a rich discussion about how much newcomers access services, find them useful, and where they get their information from. Research like this provides useful context to build on and ask communities ongoing questions about their service and information needs. 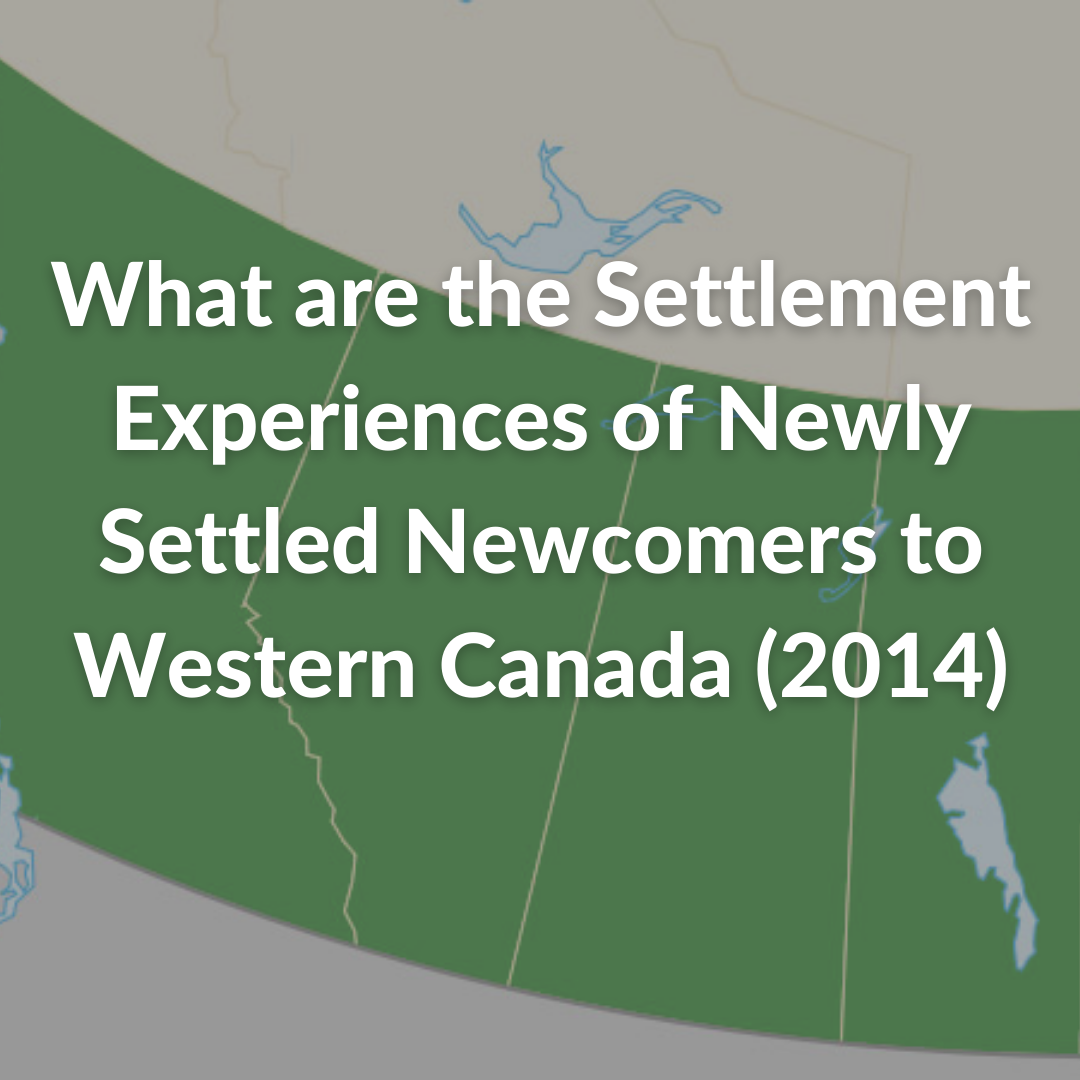 The purpose of this report is to provide an overview of the settlement experiences of immigrants, such as their use and satisfaction with settlement services and how these services may influence integration into educational institutions, the labour market and the wider society and to examine common trends within five Canadian data sets.