In 1997, Citizenship and Immigration Canada’s Ontario Administration of Settlement and Integration Services (OASIS) initiated a Computerization Project to build the capacity of agencies delivering its ISAP (Immigrant Settlement and Adaptation Services), HOST, and LINC (Language Instruction for Newcomers to Canada) programs. The Computerization Project ended March 31st, 2002. Prior to moving ahead with new computerization investments for the agencies, CIC hired RealWorld Systems, a technology consulting firm, to evaluate options for future support

The three key research questions addressed in the course of this evaluation were:

CIC’s investment in technology for the settlement sector has radically transformed the capacities of ISAP/HOST-funded agencies and enhanced LINC language training. Without such a significant contribution and commitment – $12.5 million over four years – the agencies wouldnot have been able to make these technology investments. The OASIS Computerization Project provided not only a technology infrastructure for the settlement sector, but the essential tools andsupports that encouraged its integration into the agencies (i.e., training, technical support, and specialized information via Settlement.org Internet and Extranet sites).

ISAP/HOST-funded agencies have integrated technology into their daily work: computers, email and the Internet are essential working tools that benefit the settlement counsellors and managers,their agencies, and their clients. Staff automatically turn to their computers to access the resources they need for clients, to meet their own ongoing information needs, to communicate and refer with others in the community, and to track and manage information. Staff in ISAP/HOST programs draw upon the Settlement.org Internet and Extranet sites to meet many of these information, networking, and knowledge requirements.

Since most ISAP/HOST agencies do not currently collect performance measures relating to client success and caseloads, the full impact of computerization can only be evaluated through anecdotal evidence. However, there was sufficient evidence through interviews, site visits and surveys to conclude that computerization is a vital resource for agency staff. Without online access to updated government regulations, job postings, agency service information, application forms and so on, agencies would have difficulty in meeting the needs of their clients.

As agencies and the settlement/immigration sector continue to use computers and particularly the Internet, we project that the potential for greater efficiencies and information flow will increase rapidly.

These recommendations place a burden of responsibility on agencies, and they will need help to build the capacity to manage their technology. However, centrally managed services do not make sense in this distributed, diverse environment.

Furthermore, agencies will never build the necessary technology capacity until they receive adequate funding for basic, core operations, and until they are helped to develop the skills to hire and manage their own providers.Technology planning is similar to other core management capacities, including the management of office space, administration and human resources. It is difficult to do, but an essential part of organizational life. 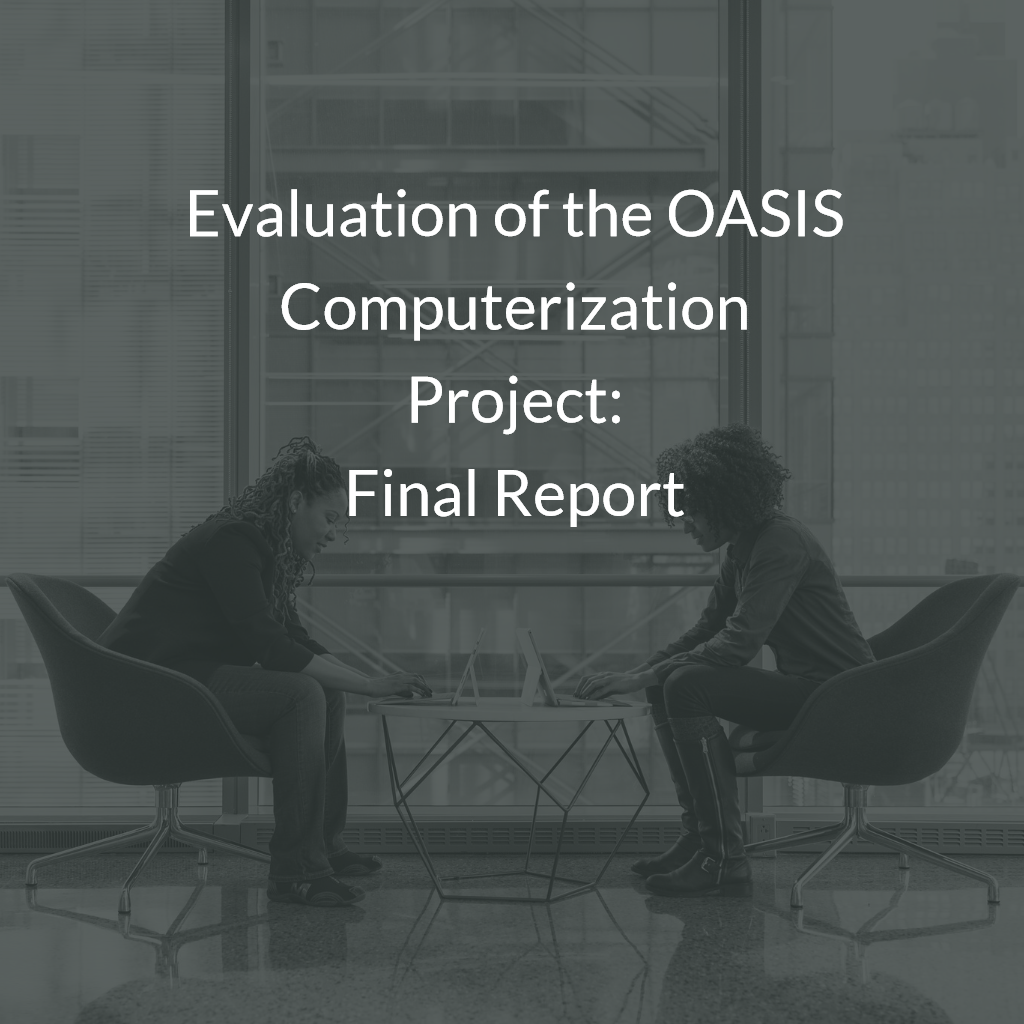 In 1997, Citizenship and Immigration Canada’s Ontario Administration of Settlement and Integration Services (OASIS) initiated a Computerization Project to build the capacity of funded agencies. This report provides an evaluation of options for future support.