This paper examines visible minority representation among federal, provincial and municipal politicians in Ontario, with particular focus on the Greater Toronto Area (GTA). It explores whether visible minorities stood as candidates, and were elected to office, in proportion to their share of overall population. The timing of three elections for Ontario voters –municipal, federal and provincial within less than a year from October 2010 to October 2011 –affords an opportunity to assess our progress towards diversity and inclusion in the political arena.

All sub-groups of visible minorities are under-represented, but some have no representation at any level of government – While all are under-represented among the GTA’s 347 combined elected officials relative to their population share, some fare relatively better than others. Four visible minority sub-groups, despite large populations, have no member of their community elected at any of these three levels of government in the GTA. These are Arabs, Filipinos, non-white Latin Americans and Southeast Asians.

South Asians and Chinese are the most elected sub-groups - At the other end of the continuum are South Asians and Chinese, each holding 15 of the 38 (39%) total visible minority-held elected positions across the GTA. Interestingly South Asian elected officials predominate federally and provincially, while their Chinese counterparts predominate municipally. But even these ‘best case’ sub-groups have considerable ground to make up before achieving elected representation on par with population share. For this to occur, South Asians would need to elect three times their current number of politicians, and the Chinese community two times its current share.

Electoral success varies by region withinthe GTA - Geographically, the paper also reveals disparities in visible minority electoral representation. Their numbers as both candidates and elected members are better in the 905 suburbs than in the 416 City of Toronto. And within Toronto, they fare far better in the three older suburbs of Etobicoke, North York and Scarborough than in the central city.

Electoral is success improving only modestly - By drawing on earlier research on the subject, the paper demonstrates that visible minority under-representation in electoral politics is not a new phenomenon. While the recent round of elections yielded somewhat better numbers than previously, progress has been modest at best. 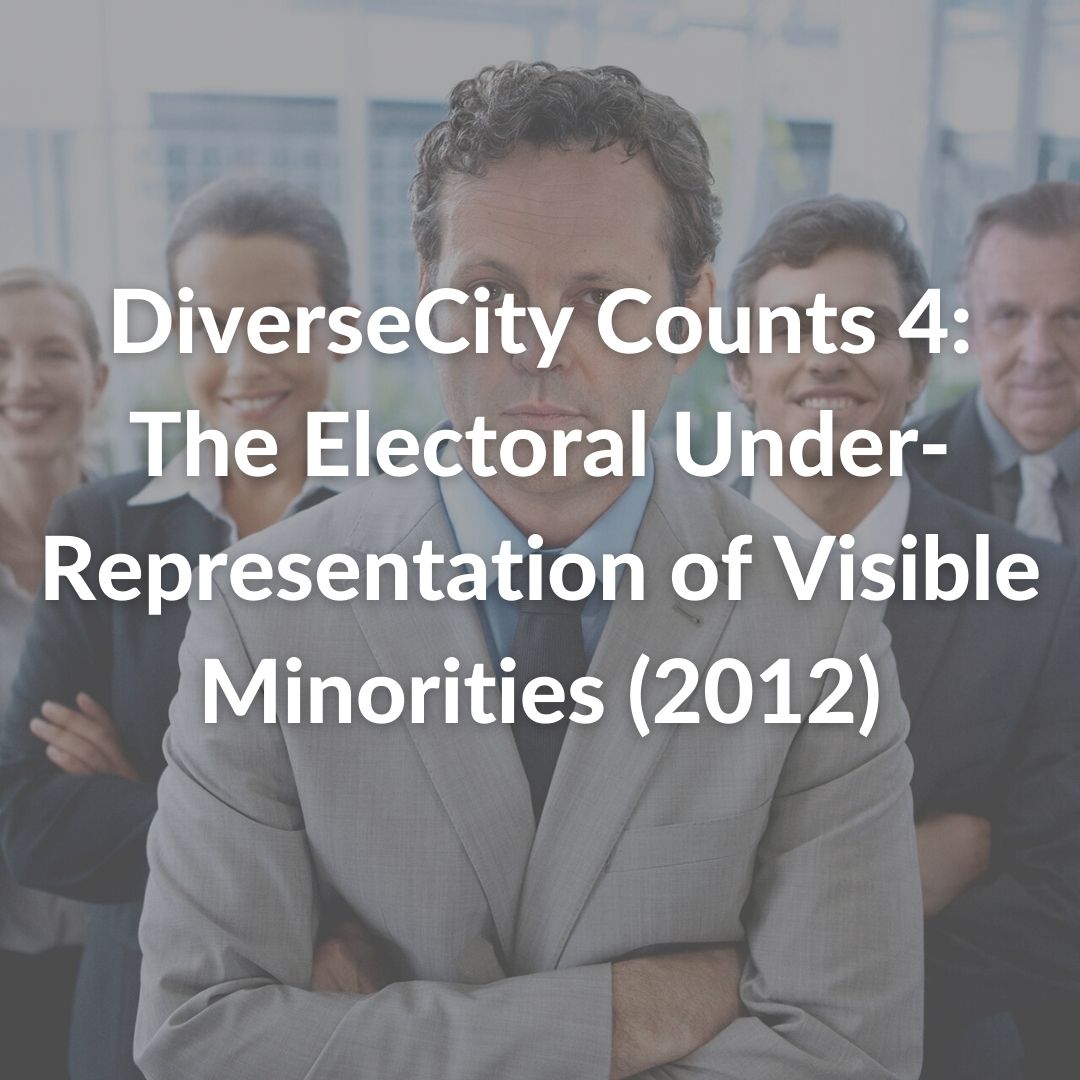 The focus of this paper is on the electoral participation of visible minorities as both candidates for public office and winners of such positions.